The coronavirus pandemic has forced the first 11 rounds of the 2020 MotoGP season to be cancelled or postponed, with the campaign not likely to start until August at the earliest.

In lieu of real-world competition, MotoGP organised two #StayAtHomeGPs on the official MotoGP 19 video game with grids made up exclusively of current MotoGP riders.

Expanding on the concept this weekend to replace the Spanish Grand Prix, and as part of fundraising effort for the Two Wheels for Life charity, MotoGP has launched its first Virtual GP.

Six-time world champion Marc Marquez and his rookie brother Alex - who won the first #StayAtHomeGP staged at the virtual Mugello circuit - head the line-up for Honda, while the factory Yamaha squad will be represented by Maverick Vinales.

Fabio Quartararo will line-up on his Petronas SRT Yamaha, with the Ducati contingent represented by Danilo Petrucci on the works team bike, Austria #StayAtHomeGP winner Francesco Bagnaia for Pramac and Avintia's Tito Rabat. 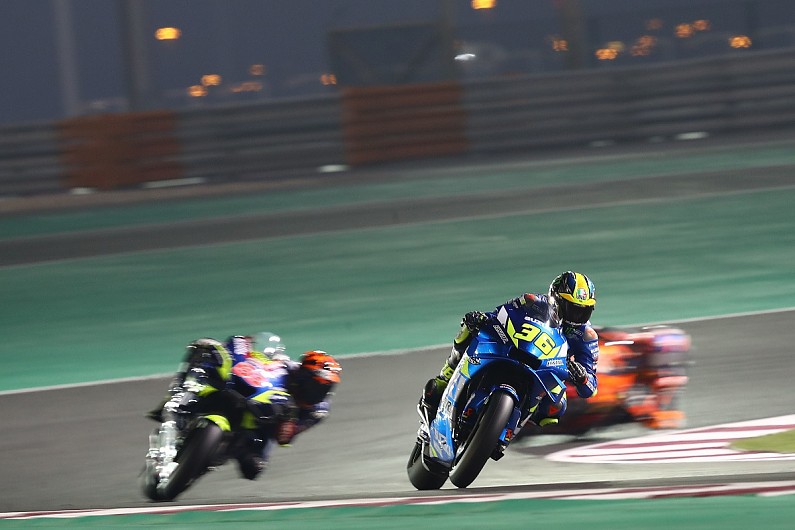 The rules outlined by MotoGP stipulate that the 11 teams can only field one rider each, though Honda is exempt from this as reigning world champions.

The works KTM team ceded its place, hence the extra Tech3 entry, while neither LCR rider is able to contest the event.

The race will be 13 laps around Jerez on Sunday, representing half distance of the real race, while highlights of qualifying will be shown prior to the race.

Both races will be run over eight laps.

The event, which will be run on the newly-released MotoGP 20 game, is due to get underway at 2pm and will be broadcast worldwide.