Cedric Thome, who scored just one point in the opening round, took a shock maiden F1 Esports win in the first race in Canada for Renault.

Williams Esports driver Tino Naukkarinen took the chequered flag first but he was handed a five-second penalty after colliding with Thome's team-mate ex-Formula Renault Eurocup Jarno Opmeer driver while battling for the lead of the race.

This dropped Naukkarinen down to sixth place, and would have gifted Rasmussen the race win had the Danish driver not picked up a penalty for crossing the pit exit line. 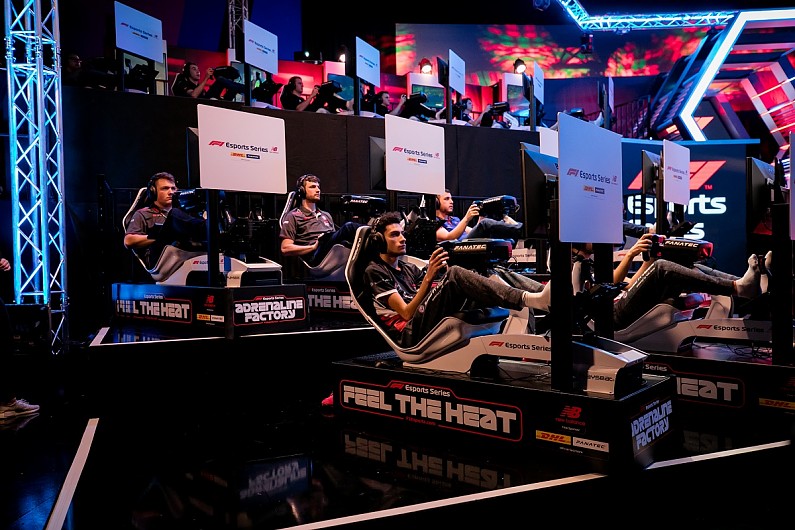 But he hit back in style in the second race in Austria, fending off a race-long challenge from his nearest title rival Rasmussen. Opmeer took his second consecutive podium using the alternative strategy.

The final race had Tonizza and Rasmussen on the front row, but it was Racing Point's Marcel Kiefer who stole the race victory at Silverstone.

After spending the entirety of the previous race behind Tonizza, Rasmussen took just three laps to clear Tonizza. Kiefer managed to jump Tonizza and then passed race leader Rasmussen on the inside on Stowe with just over two laps to go.

The Alfa Romeo's Daniel Bereznay passed Tonizza when the latter emerged from his pitstop, and secured the final place on the podium.

With Tonizza down in fourth, Rasmussen was able to bring the gap in the drivers' championship down to 14 points.

Red Bull has leapfrogged Ferrari in the teams' championship. It holds a slender five-point lead over Esports debutants Ferrari, with Renault a further three points adrift in third place.