Dan Ticktum believes a maiden Formula 2 feature race win was possible without a slow pit stop and the virtual safety car called in the closing stages in Bahrain.

The Carlin driver made the most of his soft tyres in his second stint by surging from ninth up to second, only 0.4s behind race winner Guanyu Zhou - also on soft tyres.

However Ticktum lost crucial time to Zhou in the pits due to a slow front left change and his charge was further hampered by a late virtual safety car period triggered by Oscar Piastri’s stricken Prema machine at Turn 2, following contact between the pair while fighting for third.

Prior to Sunday’s race, Williams F1 development driver Ticktum had endured an eventful weekend after showing strong pace to end up fourth in qualifying.

The 21-year-old was classified eighth in race one after copping a five-second penalty for pitching Richard Verschoor in a spin, while contact from Robert Shwartzman put him out of race two, won by Piastri.

“I mean I've had an eventful career, it's just another eventful weekend to add to that,” said Ticktum, who passed Verschoor for second on the penultimate lap.

“Very tough, the whole race really. I got a relatively okay start, but it was very clear that the options [softs] were much quicker, so I got overtaken by a couple of people on those.

“I was a little bit worried because I didn't expect the pace difference of the two tyres to be that big, so I was concerned, but I just tried to get on with my race at that point.

“Then in the pit stop I had a very slow front left; I don't know how much time I lost but it was a good few seconds.

“I was right behind Zhou going into the pits, but I came out about five seconds behind and lost about three places as well. It was costly and at that point I thought I was going to struggle to get a top five. 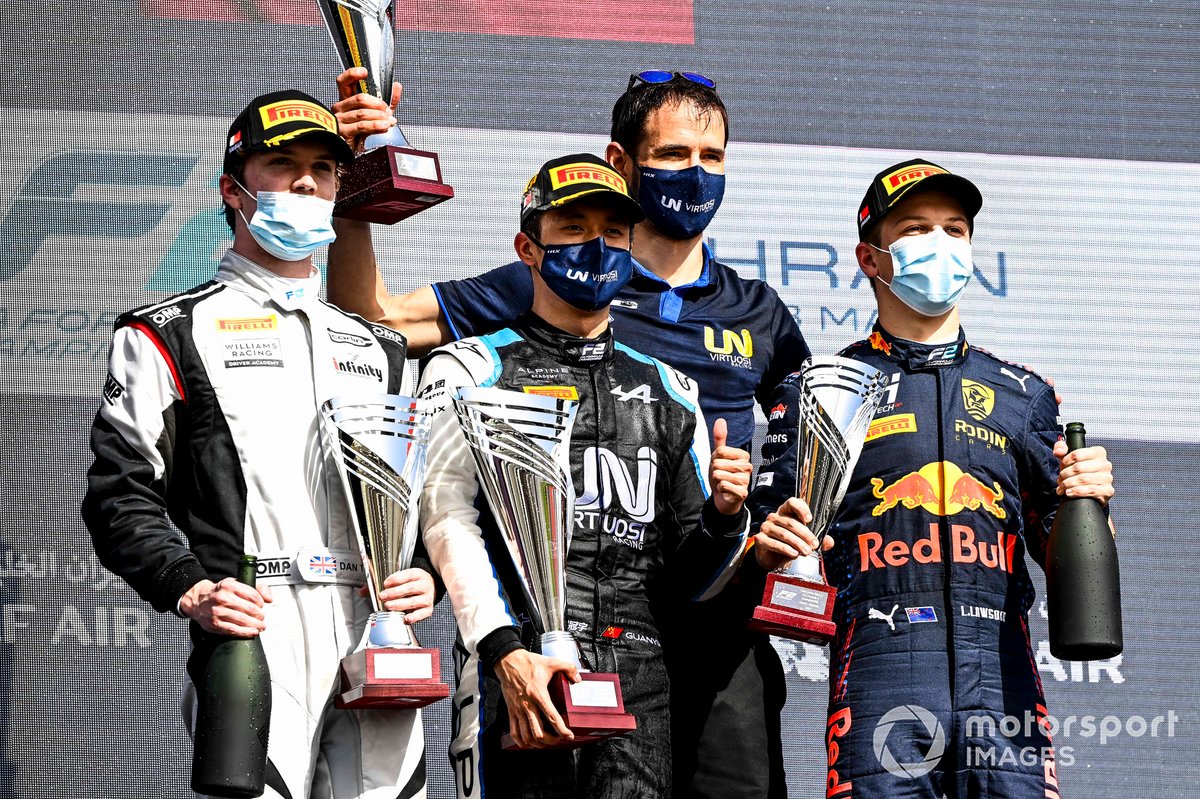 “I knew I would catch the people on primes and I also knew I need to look after the tyres in the first four or five laps when a lot of damage can be done.

“I just took my opportunities as they came. I wasn't hanging about that's for sure, the moves were all assertive.

“The VSC didn't help, I was really coming through at the end and we probably could have won, but we went all the way to P9 in the pitstop, so I'll take a P2 after this weekend.”

When asked in the post-race press conference about the contact with Piastri, Ticktum felt he was clearly ahead into Turn 2 and was lucky not to have received a puncture.

“I'm sure when this track was designed a group of track designers got together to design a corner to cause the most crashes and incidents,” he added.

“Everyone is going in really quick and then trying to prepare for the next one so it's an accident-prone corner, but from my side, I was ahead of him.

“He just clipped me, and I reacted very fast to catch the car. I could have easily been sent into a spin, then I thought I hope I haven't got a puncture because that would be the next thing.

“I haven't seen the onboard and I haven't seen any camera angles, but it seems like a bit of a rookie mistake from him to be honest.

"I had passed him so he didn't need to keep his nose in, he wasn't going to take me back on the inside there.”

Ticktum holds fifth in the standings heading into round two at Monaco on 20-22 May.