The 45-minute session got under way with spots of rain falling at the northern Italian circuit, but the rain did not intensify and the drivers were able to complete their running on the dry medium compound Pirelli tyres, with the sun later emerging and temperatures rising.

Matsushita topped the early times despite nearly running off-track going through the second part of the Ascari chicane as he fought oversteer - a problem that plagued several drivers throughout the session.

Leclerc bounced across the kerbs at the exit of the Roggia chicane on his first run and could only slot into third behind Matsushita and de Vries.

Ferrari Formula 1 junior driver Leclerc, who leads Rowland by 54 points with just three rounds of the season remaining, held two massive slides going through Ascari on his next run and could not get his Prema Racing-run car to the top of the standings.

Markelov moved to the head of the timesheets after one-third of the session had been completed with a 1m31.128s lap that was not beaten.

Leclerc responded with a purple sector in the first part of the lap but wound up 0.239 seconds adrift of Markelov, who enters the weekend third in the standings and nine points behind Rowland, before Ghiotto slotted in ahead of Leclerc in second place. 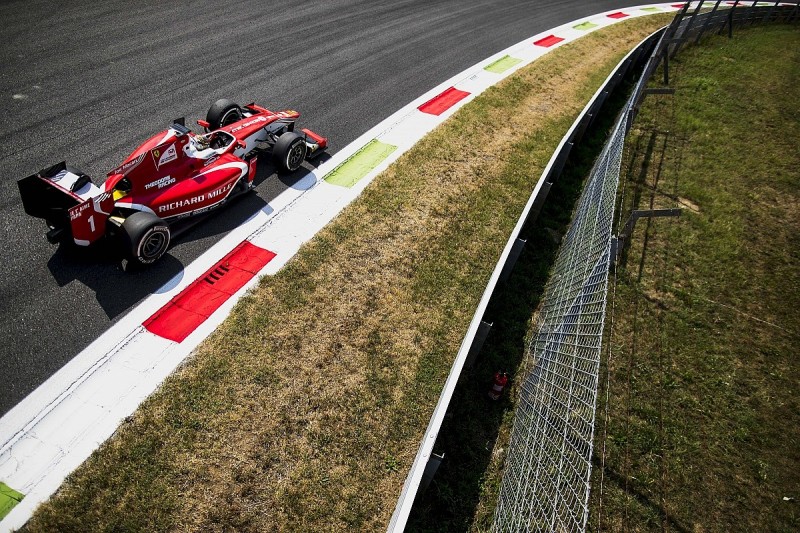 After the traditional mid-session lull in activity, the drivers focused on long-run data gathering and there were few improvements thereafter.

Rowland was another driver fighting his car going through Ascari - he also went through the Parabolica with all four wheels off the track at one stage - and ended up sixth, 0.386s behind Markelov, for DAMS.

Alexander Albon briefly topped the times during the early running but finished seventh for ART, ahead of Jordan King and Louis Deletraz.

Antonio Fuoco rounded out the top 10 for Prema, the Ferrari F1 junior escaping the gravel at the first Lesmo after getting a snap of oversteer going through the right-hander.

Spa sprint race winner Sergio Sette Camara was 16th and the field was completed by Arden International's Sean Gelael, who caused the virtual safety car to be deployed in the closing minutes of the session when he stopped - facing the wrong way - beside the second part of Ascari, and could not get going again.