The acquisition takes effect immediately, but the cars will continue to run under the Caterham Racing branding for the GP2 season finale in Abu Dhabi next month before becoming Status GP entries in 2015.

Fernandes retained ownership of the GP2 team as well as the Caterham motorcycle racing project when he sold his F1 outfit to a group of investors at the start of July.

Status team boss Teddy Yip said: "Having been multiple winners in GP3, as well as A1GP World Cup champions with A1 Team Ireland, we have always had the ambition to move further up the motorsport ladder when the time is right.

"The opportunity to take over an established and highly-regarded GP2 team such as Caterham Racing, allied to a strong season in GP3, makes that time now.

"The Status GP2 team will be run from our Silverstone base to the same exacting standards as our race-winning GP3 team."

Fernandes said the deal was the best option for the future of the Caterham GP2 squad.

"We have built a strong GP2 team with excellent personnel over the last four years, and we can be proud of the multiple race wins and podiums we achieved in the series," he said. 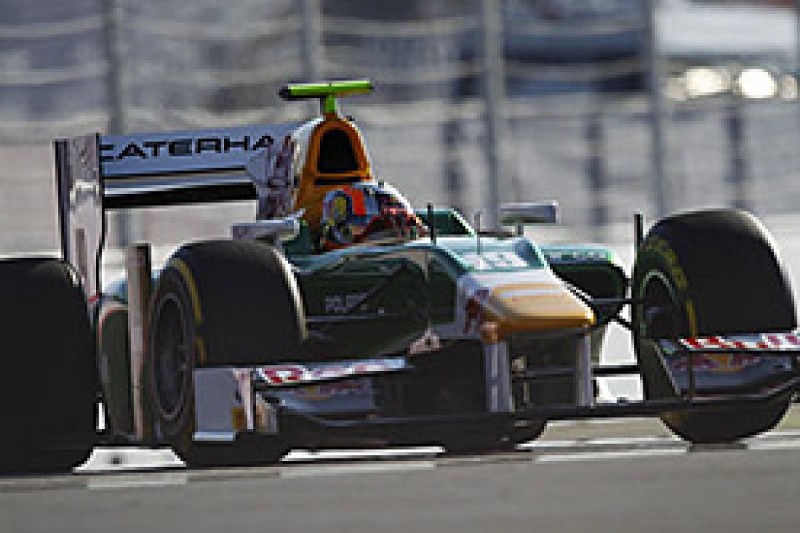 "It became clear to me some time ago that, without Caterham F1, we should seek affiliation with a GP3 team to create a more effective ladder for young drivers who aspire to Formula 1.

"Following in-depth discussions with Status Grand Prix, we have reached an agreement that will strengthen and secure the future of the GP2 team."

The Caterham GP2 team first entered the series under the AirAsia banner in 2011.

Its sixth place in that year's teams' championship was the best it has achieved so far, but it has won races with Davide Valsecchi, Giedo van der Garde and Alexander Rossi.

Current Caterham drivers Pierre Gasly and Rio Haryanto will stay on for the Abu Dhabi finale.