Juri Vips has described his luck as “laughable” this weekend after a technical issue robbed him a strong chance of victory in the second Formula 2 sprint race in Bahrain.

The Red Bull junior has faced an eventful opening round so far having been disqualified from Friday’s qualifying results after the undertray fins on his Hitech Grand Prix car were found to have breached technical regulations.

As a result, Vips, who was fifth fastest, had to start the opening race from the back of the grid, but managed to power his way to 10th spot, guaranteeing the Estonian pole for race two.

Vips was then well-placed to take a victory having pitted for soft tyres under a late safety car and was reeling in leader Guanyu Zhou, on worn tyres, in the final laps.

However, while poised to attack, a downshift issue struck that led to him trundling home in 16th position.

“Don’t know what I’ve done to deserve the luck I’ve had but it’s been almost laughable this weekend,” Vips posted on Instagram.

“Got disqualified from qualifying where we were P5 for something which made us slower rather give an advantage but fair enough rules is rules.

“Started 22nd and last in race one, finished 10th which was the target because that gave us pole position for race two, was second but in a position to take an easy victory with a big tyre advantage on the leader but then had to retire the car due to a technical issue not allowing me to downshift.

“Still got a race today where we start last so will keep my head up and send it.” 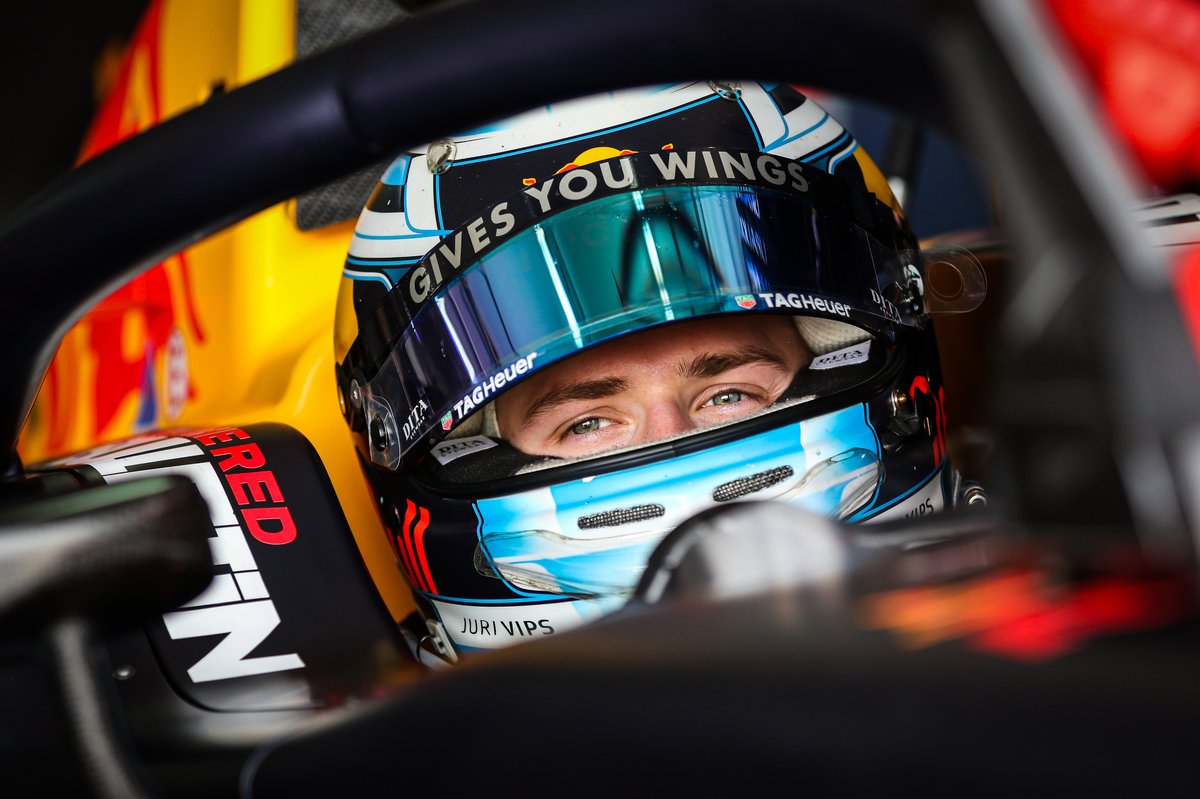 Vips was not the only driver to suffer technical issues on Saturday as three drivers suffered mechanical retirements in race one.

The most high profile of those being Theo Pourchaire (ART Grand Prix) who suddenly slowed due to a technical issue while running strongly in second position. The teenager’s demise triggered the second virtual safety car period.

Marcus Armstrong stopped on track on lap 3 with what the team has described as an engine issue, causing the first stoppage in the race. During that virtual safety car period, Ralph Boschung also pulled off the road with a problem.

The series has faced reliability concerns with the current generation Dallara-Mecachrome car since it was introduced in 2018, and even last year technical gremlins had to be addressed by the category after the opening round in Austria.

Race one winner Liam Lawson suggested that surprisingly high temperatures may have contributed to the retirements earlier in the day.

“For us, we did have a few little issues but luckily for us it was in testing, so far we have been quite OK apart from obviously Juri’s issue after quali,” said Lawson, when asked by Autosport if he was concerned by the retirements.

“I think it is normal and in the past there have been a few issues with these cars and also it could to do with the massive temperature we had.

“On the grid I don’t know about the other guys but we had really really high temperatures with the oil and water on the grid, maybe it something to do with that.”