Ferrari junior Schumacher made a late call to make his one mandatory pitstop on lap nine of the first F2 race of the weekend, following in behind the race leader, Red Bull and Honda protege Yuki Tsunoda.

Prema boss Rene Rosin could be seen on the TV broadcast frantically gesticulating to his mechanics, who were expecting to service Schumacher's team-mate Robert Shwartzman, that both drivers would be pitting on the same lap.

Communication from a team member not registered as one of the 12 operational personnel allowed to work on a car is banned in the series. Rosin was investigated for this but was not found to have explicitly breached that rule.

"The team principal's actions had no impact on the operation of the team, the cars, or the pitstop and, therefore, did not breach the operational personnel limitations of the 2020 F2 Sporting Regulations Article 21.5," the stewards' statement read.

However, he was given a €10,000 fine as they concluded that his "actions could be misconstrued under the circumstances, by someone without access to the appropriate camera angles and footage, as giving the appearance of operational direction, the stewards find the team principal committed an act prejudicial to the competition." 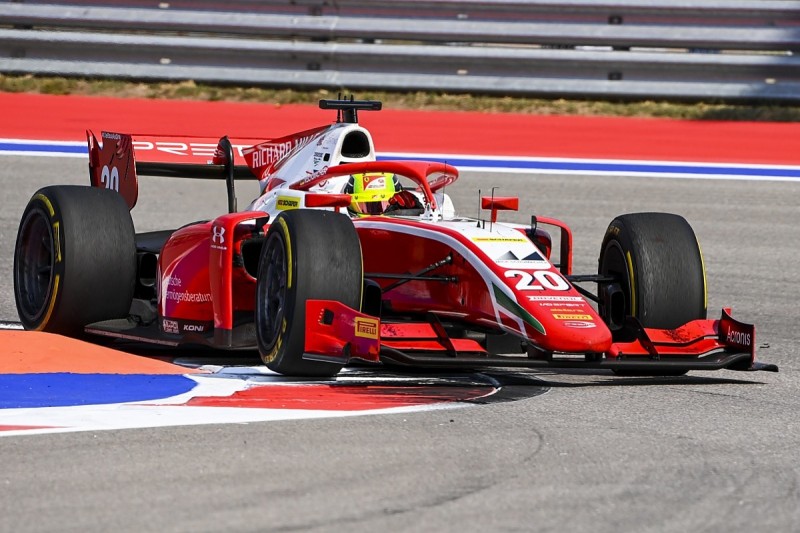 Autosport understands that ART Grand Prix, Carlin, DAMS and UNI-Virtuosi are all considering an appeal against the decision and the lack of a sporting penalty.

The teams have the allocated four days (96 hours) to appeal from the time of the decision.

In a separate incident, Schumacher was investigated but cleared of using a "superseded version of the DRS crank" on his car.

The investigation was centred around a rear-wing element that was made mandatory in Baku last year to remedy an issue that caused multiple DRS failures in the season-opener in Bahrain.

After Schumacher's crash in qualifying at Monza, Prema re-installed a replacement DRS crank that was the cause of the alleged infringement.

"The stewards closely examined a correct reference part and the superseded part [on Schumacher's car]," the statement read.

"They are quite similar. When they are overlaid, the differences are readily apparent, but with the naked eye, it would take an extremely experienced observer to tell the two parts apart if they were viewed individually, with direct reference to each other.

"It explicitly does not have a performance advantage on the car and, therefore, the team did not gain a sporting advantage when using the part." 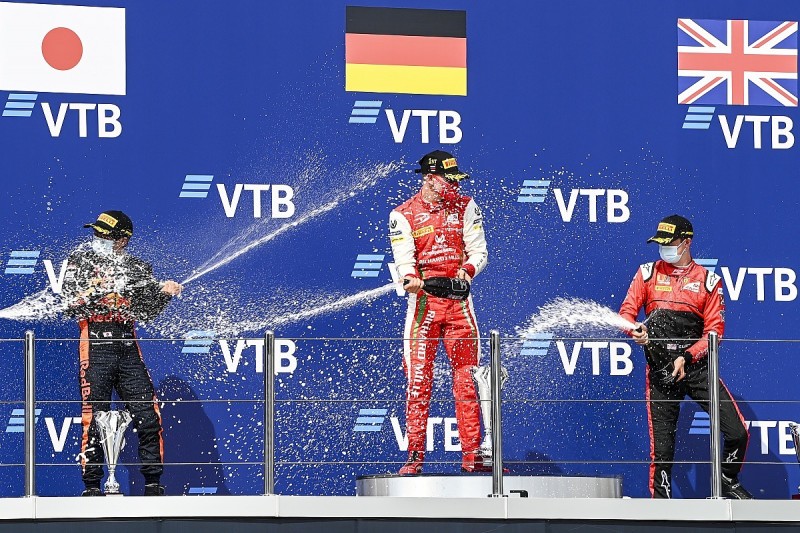 Following his second feature race win of the year, Schumacher holds an 18-point advantage over Ferrari stablemate Callum Ilott at the top of the drivers' championship.

Prema has rebounded from finishing ninth out of 10 teams in 2019, to lead this year's teams' championship by 46 points with five races remaining.