Silverstone's double paddock layout will help the Formula 2 and GP3 squads deal with Formula One Management's experiment with a four-day grand prix timetable, according to series' boss Bruno Michel

The 2017 British Grand Prix weekend will start on Thursday, with F2 and GP3 practice taking place a day earlier than usual.

This meant the teams competing in the two series had one day less to transport their cars and equipment from the Red Bull Ring last weekend.

But Michel explained that because those squads will be based in Silverstone's National paddock this weekend, they will find setting up easier as they are based further away from the F1 teams than usual.

"At the moment FOM is experimenting with some new timetables to adapt some track activities, some excitement for the fans," he told Autosport.

"But what I like is the fact that they want to try new things.

"After that we'll see 'that is good, that is not good' - it's something that we need to experiment [with].

"Silverstone is going to be like this, which is also quite simple because we have a different paddock - [that] makes it a little bit easier."

"For sure for [the teams] it's a challenge because it's a back-to-back race, but on the other hand, since we have a separate paddock, far away [and] we can enter the paddock earlier, it's easier for us to work it.

"It's always a little bit easier than when you have to wait for the F1 trucks coming in before you bring the F2 trucks." 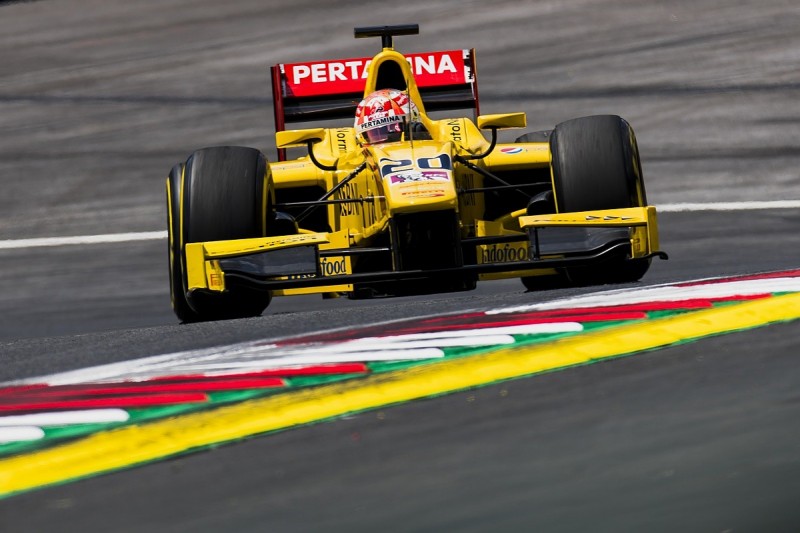 Arden International general manager Julian Rouse said the extra time could help drivers looking to improve their performance between practice and qualifying, but added that the additional day would mean extra costs.

"It makes the F2 schedule nicer, in a sense, where you have more time between free practice and quali to actually be able to absorb the situation and make some decisions and plan for the next session, which is better," he said.

"[But] it adds cost for teams particularly who are out of their own country on additional accommodation and sustenance, and it makes it tight.

"But if they're going to do it for any one [Silverstone] probably is the best one to do it at really."

ART Grand Prix team boss Sebastien Philippe also expressed his belief that the tight turnaround would be difficult for the teams, but he explained that if it improved the overall show of a grand prix weekend then they were happy to do so.

"For us it's not good news, but saying that if this can help the total show I think we are ready to make this effort and we have to do it if it's for the benefit of everyone," he said.