Herve Leclerc, a former Formula 3 racer, passed away just a few days before the Baku round of the F2 season in June - an event where his son went on to score a win and second place.

After sealing the F2 by holding on in a thrilling conclusion to the feature race in Jerez today, Leclerc paid tribute to his father.

"Winning the championship is an amazing way to honour him," the 19-year-old said.

"For him, racing was absolutely everything.

"He had followed every lap I had done in my career and he had analysed them.

"He was extremely passionate and any time I won a race he was the happiest of father of all.

"There was no question of me coming to Baku or not - I wanted to go there, try to do the best job possible and try to win the race for him, to honour him.

"It was a way to thank him for everything he had done until that moment and luckily I had the chance to do that."

Ferrari Formula 1 junior driver Leclerc added the F2 title to the GP3 championship he won in 2016.

He dedicated that success to his close friend Jules Bianchi, who died in July 2015 as a result of the injuries he sustained in a crash in the 2014 Japanese Grand Prix.

"I would prefer to not dedicate any other the titles in the future," Leclerc told the post-feature race press conference.

"Last year I dedicated to Jules, this year it's to my father, hopefully I don't have to dedicate any [more]." 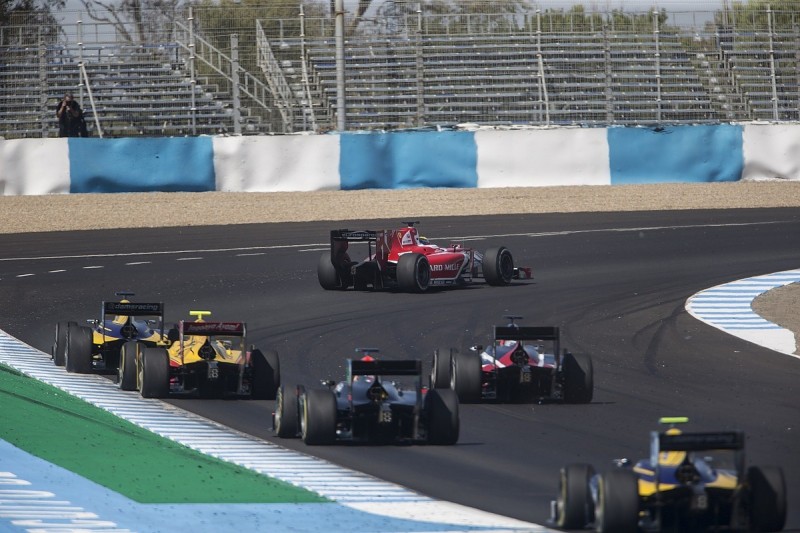 Leclerc had to survive a nervous final few laps following a late-race safety car to beat DAMS driver Oliver Rowland and his Prema Racing team-mate Antonio Fuoco to the win at Jerez.

The Monegasque driver had a comfortable gap to Rowland before the race was interrupted and he only just held on to score the sixth win of his rookie F2 campaign, visibly struggling for grip in the final three laps.

In addition to his tyre problems, Prema mistakenly told him the first lap after the restart was going to be the final tour.

"[But then they said] 'there is an error - there's two laps more' - and I had absolutely no tyres left so I was like 'now it's going to be very hard'.

"But I managed to stay in front - I think I was a bit lucky that Sean [Gelael, a backmarker], was behind me, which cut the gap to Oliver and meant he lost a bit of time.

"I had a lot of pressure at the end and my rear tyres were completely dead.

"I think watching me from behind Oliver might have been laughing in his helmet because I was all over the place."