The ART Grand Prix driver crashed heavily towards the end of the 18-lap Belgian event as he followed Racing Engineering's Gustav Malja through Eau Rouge in a battle for 11th.

Matsushita lost control of the rear of his car approaching the top of Raidillon and smashed sideways into the barriers at the edge of the track.

He climbed out of his wrecked car immediately and gingerly walked away, later sporting a bandaged left hand as a result of suffering minor burns from water spilling from a destroyed radiator in the incident.

"I was following Malja, I stayed close and then I lost the rear and then I spun," he told Autosport.

"It was the biggest crash of my life.

"My body is OK so I'm lucky - I should be fine for tomorrow.

"I just have a burn from hot water [coming out of the radiator] - it was completely broken, so that's why.

The safety car was deployed after Matsushita's crash and the race ended behind it as MP Motorsport driver Sergio Sette Camara claimed a maiden F2 win. 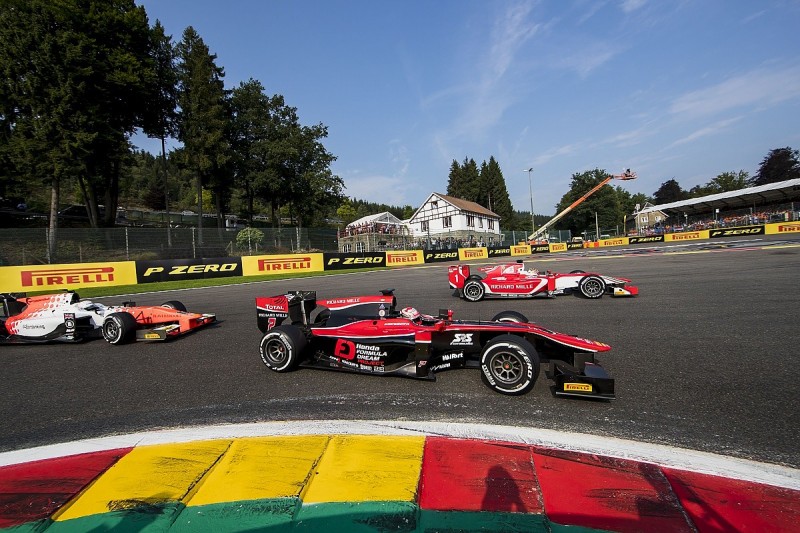 Matsushita, who is sixth in the F2 drivers' standings and has claimed two sprint race wins so far this season, finished 16th and a lap down in the feature race after failing to get off the grid, and qualified down in 15th.

The 23-year-old described his weekend as "a disaster".

"In qualifying I was really far [from pole], it was not a mistake only but everything went wrong and we couldn't show the pace we have," he continued.

ART team manager Sebastien Philippe explained that the French squad struggled with its F2 machinery across the sessions at Spa.

"We struggled a lot on understanding the car, and the drivers to adapt to the car also.

"The pace was not there this weekend.

"We need to work really hard to understand the reason why.

"At the end Nobu crashed the car quite heavily, luckily he has almost nothing [wrong].

"Just a bit of a burn on his hand but he is OK, safe, so this is the most important thing."