The 21-year-old, who gave Mercedes its first DTM title since Paul di Resta in 2010, has been linked to a move into Formula 1 with Manor for 2016, when the team will switch to engines supplied by the German manufacturer.

Wehrlein has not raced a single-seater since contesting the opening round of the 2013 Formula 3 European championship, although he has completed six days of F1 testing with Mercedes and Force India over the last two years.

The German will run with Prema, which is making its GP2 debut before entering the series next year, on Wednesday.

Elsewhere on the entry list for the opening day of this week's test, Formula Renault 3.5 champion Oliver Rowland will drive for GP2 powerhouse ART Grand Prix.

Rowland, who made eight starts in GP2 this year for MP Motorsport and Status Grand Prix alongside his FR3.5 campaign with Fortec, will take up the seat vacated by 2015 GP2 champion Stoffel Vandoorne.

Rowland is also set to spend one day each with Prema and DAMS during the test.

ART's second 2015 driver Nobuharu Matsushita, who finished ninth in the standings with one win in his rookie season, will stay on for the test, which starts on Wednesday.

Other GP2 newcomers of note include GP3 runner-up Luca Ghiotto, who remains with the Trident team he almost won the junior series crown with last weekend.

Formula 3 European champion Felix Rosenqvist will start the test with Status before switching to his championship-winning F3 team Prema later in the week.

Also at Prema, Wehrlein will be joined on the opening day by Red Bull junior Pierre Gasly, who raced for DAMS in GP2 this year, while Sergey Sirotkin - third in the 2015 standings with Rapax - is also due to turn laps.

...Mercedes DTM driver Paul di Resta had a GP2 test outing in September 2008 with his former F3 team ART. The Scot was ninth quickest at Paul Ricard, but he would stay in the German series for another two years - winning the title in 2010 - before landing a Formula 1 race drive with Force India for 2011. 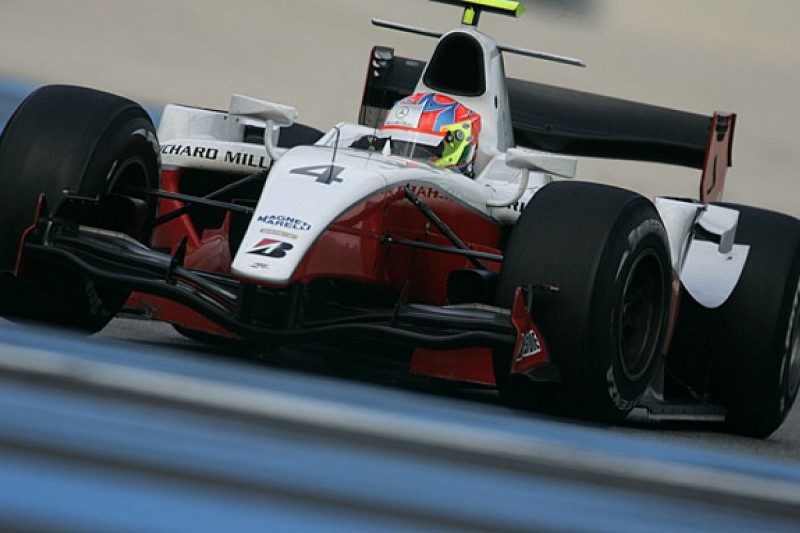