McLaren protege Stoffel Vandoorne says he knew it was essential for his Formula 1 hopes to dominate the 2015 GP2 Series, which he wrapped up at Sochi on Sunday

After finishing runner-up in his GP2 rookie season last year, the 23-year-old Belgian was untouchable this year with ART Grand Prix.

Having won five races so far and claimed eight other podiums plus four poles, he put the title beyond nearest rival Alexander Rossi's reach with four races remaining by taking fourth in the sprint race in Russia.

"I knew what my job was," said Vandoorne.

"I wanted to dominate the series in my second season.

"McLaren as well, everybody said that I had everything at my disposal to win it.

"To have managed that is a great feeling."

Vandoorne won on his GP2 debut in Bahrain last year, then endured a difficult run and fell to seventh in the points before a surge brought him back to second between Jolyon Palmer and Felipe Nasr.

Asked if he ever had any doubts during 2015, Vandoorne replied: "No, I didn't doubt at any time.

"The end of the 2014 season was already a good benchmark to know where we would fight the following year.

"Last year, it started off a little bit tricky: there were some mistakes from my side, and some from [the team's].

"But at the end of the season, it was a good turnaround. We put everything on the table on the car side, on the strategy side, and me as well.

"I was getting better as a driver, making less mistakes.

"Over the winter, we had conversations about what we had to do to avoid making any mistakes because that was the only thing that would hold us back from winning the title.

"We may have made some small mistakes, but nothing disastrous. I think that's been the key.

"I've always had the speed since the beginning of my career, but over the years, I wasn't always putting everything together although I was always finishing quite high in the championships.

"Still, there were always bits I needed to improve on. Even now, there are some things I can improve on. 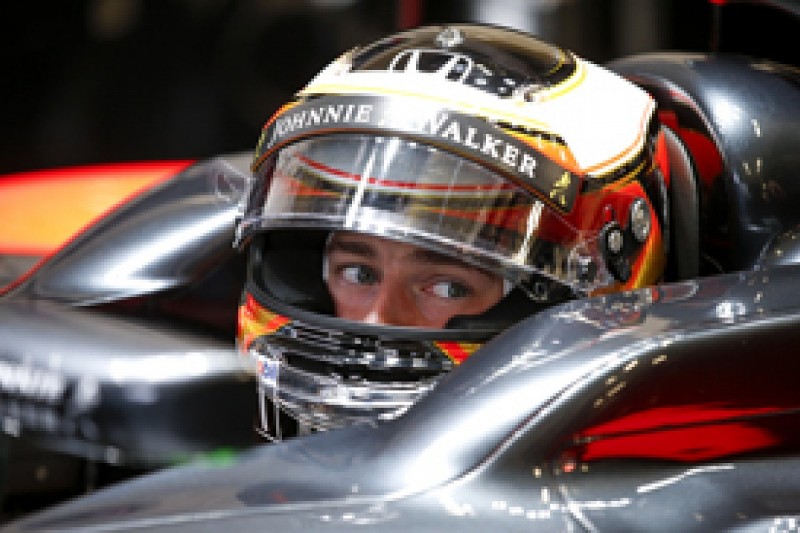 "But this year, I was able to put everything together."

Vandoorne's chances of an immediate F1 graduation for 2016 appear slender after McLaren and Jenson Button agreed to continue together into another season, but he remains hopeful he will be on the grand prix grid next year.

"Unfortunately, nothing is decided for the moment, but I'm optimistic," he said.

"I feel there are some chances out there. The next days and weeks are going to be crucial for next year.

"To have the GP2 title with two rounds to go is a luxury.

"The job is done and now I will be relaxed and have no pressure.

"I will push really hard for a couple more victories and finish the season on a high."