Lynn won two races with DAMS this season after graduating as GP3 champion, while Latifi made a number of GP2 appearances with MP alongside a Formula Renault 3.5 campaign and was rapid in recent Abu Dhabi tests with DAMS.

"Having taken two rookies on board, we knew that it would be extremely difficult to keep both titles in a championship that places significant emphasis on experience," he said.

"Nevertheless, everybody's remarkable work and constant progress were rewarded with third place in the teams' championship.

"We continue with Alex, who consistently demonstrated his winning attitude and will be leading the squad next year.

"We are also delighted to welcome Nicholas, who showed his speed during the recent Abu Dhabi test by setting the fastest time overall and will certainly surprise a few people during the coming season.

"With this mix of speed, enthusiasm and experience, DAMS is now ready to fight at the front in 2016."

Lynn believes he made great progress during 2015 with DAMS.

"Thanks to the team I improved all aspects of driving in 2015, especially my ability to manage a race distance," he said.

"I am now better prepared than ever before and ready to fight for victory at each event. The target is to win the championship."

Latifi's deal means Gasly will move on from DAMS. He has been linked with a move to GP2 newcomer Prema. 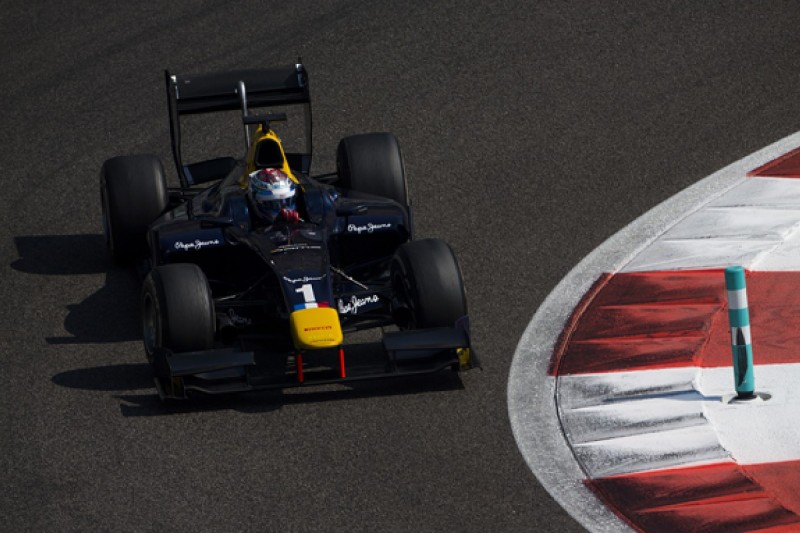