Giuliano Alesi will switch to the MP Motorsport team from this weekend's FIA Formula 2 round in Sochi, replacing Nobuharu Matsushita, after leaving the HWA Racelab squad

Alesi made his F2 debut with Trident in 2019, and lined up alongside category veteran Artem Markelov at HWA this season after finishing 15th in the points.

The 21-year-old Ferrari Driver Academy member started his season well by finishing sixth in the opening race at the Red Bull Ring, but since has only had one more top-10 finish and a fastest lap in the Barcelona sprint race to his name.

Despite his troubles, he has still managed to outscore eight-time F2 race winner Markelov in the sister HWA car.

Frenchman Alesi will partner Felipe Drugovich at MP Motorsport, which states Matsushita - who won a dramatic Barcelona feature race from 18th on the grid - "has decided to move on to fresh challenges elsewhere" and that they "part ways on good terms and wish each other every success for the future".

"I am super happy, excited and most of all motivated to be working with MP and starting this new adventure in Formula 2", said Alesi.

"So, I'm really looking forward to Sochi, and can't wait to get in the car and get started." 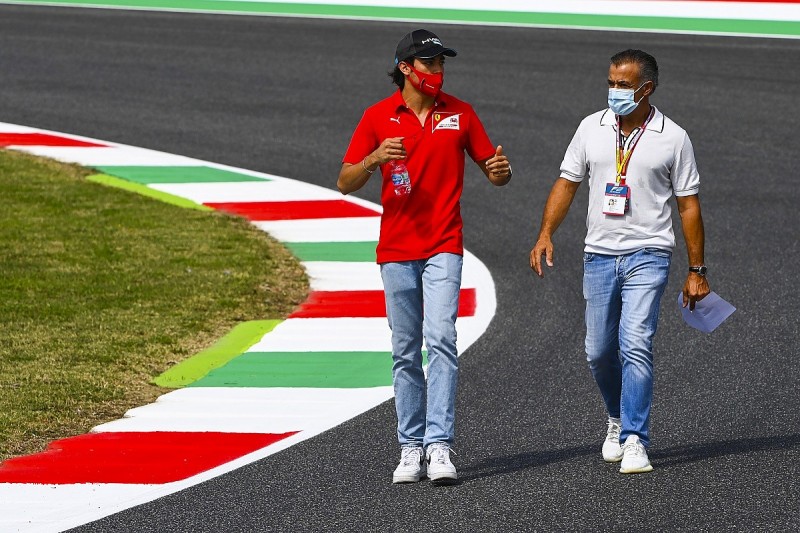 Alesi will see out the season with MP, staying on for the double-header of races in Bahrain to close out the F2 season.

When asked for the reason for the change, Giuliano's ex-Ferrari F1 star father Jean told Autosport: "When I saw this chance, with Matsushita leaving, I thought it's a good opportunity to give Giuliano the chance to finish the year in a good way, with a team that's proven itself as a race winner this year, and to show up a little bit more towards the front of the grid."

Formula 3 veteran Jake Hughes will take over HWA's vacant seat at Sochi, with a view to assuming driving duties for the rest of the season.

Hughes has driven for HWA in F3 for the past two seasons, placing seventh in this year's championship, and now steps up to F2 for the first time after five years racing in F3 and GP3.

"I am really looking forward to my first races in Formula 2," said Hughes.

"I will have to get used to the cars first, as they have significantly more power than the Formula 3 cars. But I am looking forward to taking on this challenge."

Vips sticks with DAMS in F2 for Sochi round