An extremely high amount of very good work goes in to maximise motorsport safety these days, so it's surprising the electric single-seater series still executes its mid-race car swaps the way it does.

When 20 drivers head into the pitlane and try to dive into 10 closely-aligned garages and head back out again, at varying intervals, it's a recipe for trouble.

The two Mahindras nearly collided last Sunday in Berlin as Felix Rosenqvist started to accelerate out of the garage just as Nick Heidfeld was pitting.

Rosenqvist stopped - he said he was always aware he may need to brake to let the oncoming car past - but Heidfeld had already opened the lock on his steering and missed his point of entry (and fortunately everything else as well, 2m32s into the below video).

Then, when Heidfeld finally changed cars he was released into Piquet's path, prompting the inaugural FE champion to later tweet: "Nothing against Mahindra, but we will need to see a big accident in the pitlane for the FIA to finally do something about unsafe releases."

A serious accident hasn't happened because of good fortune and good driver awareness. Those are not fool-proof defences.

Racing has a long list of examples that show it's not difficult for stars to align with negative consequences.

Car swaps will remain a part of FE for one more season after this and more thought should go into how they operate or are policed.

As long as they present an opportunity to lose time, teams and drivers will always push the limit.

That's where mistakes come in and why, even in the third season, unsafe releases keep happening. 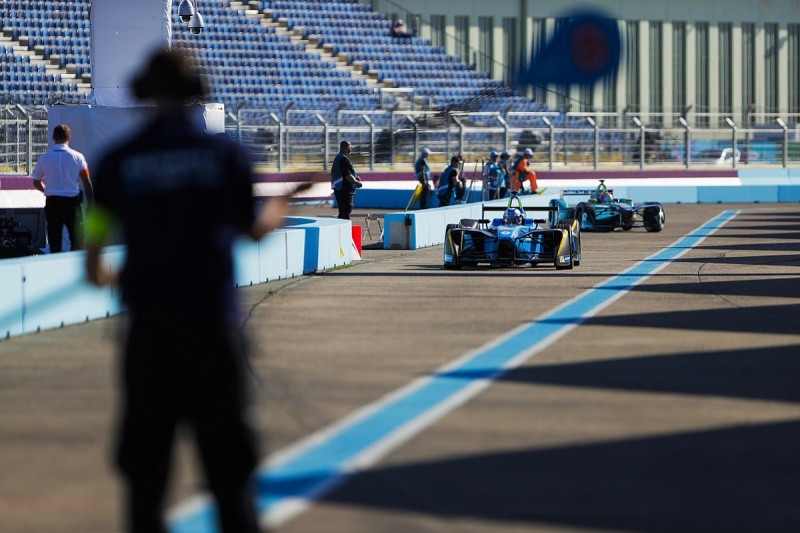 Whether there is a way to remove the danger from the car swaps themselves I don't know, but it feels like a more effective deterrent is needed.

FIA sanctions have been wide-ranging for an unsafe release, from four-figure fines and five- and 10-second penalties in Berlin to single-second, 20-second and drivethrough penalties at other races.

The FIA stewards judge each incident on its own merit, but this is where the grey area of interpretation comes in. As a means of policing an issue, this is not right.

It's not a deterrent if a precedent exists for a driver only being given a small penalty.

And having ranging sanctions suggests drivers are being punished because of the consequence instead of the crime.

That logic would indicate the FIA would throw the book at a team should an unsafe release trigger a car getting speared into a team member, for example. And rightly so.

But surely it's better to clamp down harder to begin with and minimise the risk of such an incident before it happens?

Otherwise what is a matter of practicing proper standards will remain a needless safety lottery.