Formula E's new 'ghost racing' concept, which was revealed last month, will allow fans to compete against the series' drivers in real time during ePrix events

Using telemetry from the real cars, the live race is recreated by Virtually Live, an entertainment company that specialises in creating CGI experiences by rendering live physical action in a virtual environment.

The player controls a car that 'ghosts' alongside the recreated real-life race action and can also explore each track on their own.

"The ethos behind the company and our patent is around recreating live events using data in tandem with social media," says Oliver Weingarten, director of content development at Virtually Live.

"Accordingly, CGI is the best way for us to recreate live sports events to provide fans with the most robust and realistic gaming experience.

"Many series are facing dwindling TV viewership and ageing audiences, entertainment consumption patterns are changing and it's becoming all about engagement, sharing and ultimately participation. 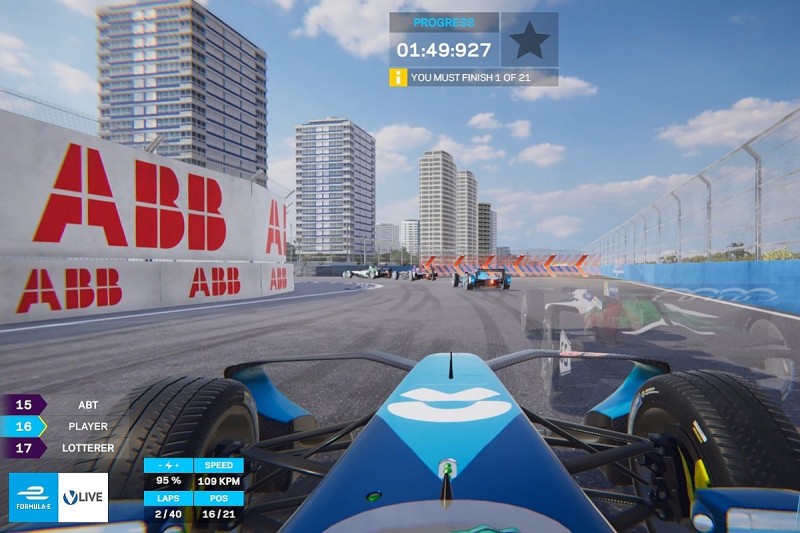 "Gaming is a great way to engage younger audiences and CGI gives users the freedom to view from almost any perspective, thus increasing the value of the experience and participation across all types of viewers."

The game, which will first be available for smartphone and PC gamers - with consoles and virtual reality set-ups scheduled for a future release - has been a long-held target for FE and its CEO and founder Alejandro Agag as a way to reach new fans.

"I remember before we launched the first season of Formula E, we said that fans no longer just want to watch or follow a sport - they want to participate in it too," says Agag.

As well as racing alongside live FE events, gamers will be able to record their exploits and share them on social media, and replicate real-life scenarios at a later stage.

"We have integrated ourselves into FE's data pipeline and ingest the various data streams in real time," explains Weingarten.

"We have a partnership with Magneti Marelli to provide higher accuracy in positioning data direct from the cars. There is no delay. In fact, we are quicker than the TV broadcast... that therefore allows us time to sync up with commentary from the world feed." 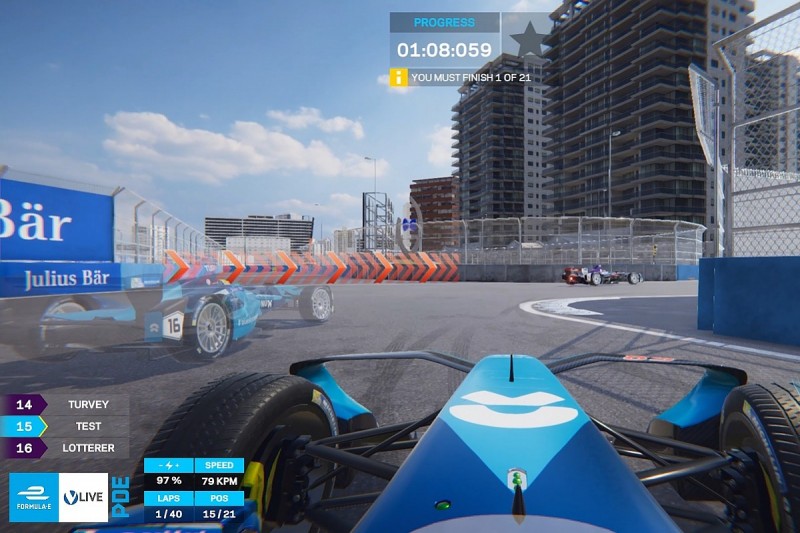 Autosport saw a teaser version of the game being used in the FE's eMotion club at the Zurich race last month. The controls were deliberately simplified - automated acceleration with only braking (thumb or finger pressed onto a tablet screen) and turning (physically tilting the device) necessary to navigate the Zurich street circuit.

The graphics were slightly on the simplistic side, but considering the tablet format they impressed overall, especially as the many trackside buildings and city furniture were accurately recreated.

"The game is being tailored for casual gamers to sim racers, with various levels of settings, and we expect all motorsport fans and gamers alike to participate," adds Weingarten.

"This is a unique opportunity to take on the real drivers during a live race, and share your curated experience on social media. The offering will be attractive to users, and we will release more info on format, different challenge modes etc in due course."

Questions linger over how the game will indeed attract new fans - will FE fans notice it and decide to play, or will gamers subsequently watch more of the real racing after playing the game?

A chicken-and-egg analogy arises but, when compared to traditional ways of getting people engaged with a motorsport series, perhaps ghost-gaming makes sense as a novel new approach.