After losing his McLaren drive for 2019, Vandoorne will race in FE for Mercedes-affiliate HWA, and made his first public appearance for the squad in last month's 2018/19 pre-season test at Valencia.

But his running in Spain - which was already reduced by having to leave with one day of the test remaining to travel to the United States Grand Prix - was disrupted.

Vandoorne lost all of the first afternoon to a battery problem and then stopped early in the unofficial 'race simulation' on day two, with the car declared 'red' as its electric systems were still live.

"I don't think it's been worse, [but] it's not been ideal that's for sure," Vandoorne explained to Autosport, when asked if the testing problems had been expected.

"I would have liked to have a bit more preparation and have more running because obviously I haven't really done any race runs and proper qualifying simulations.

"So I will have to discover some more stuff when we actually go racing but it was always going to be that way.

"I'm also still combining my programme with Formula 1 so I'm kind of jumping from one to the other at the moment but I'm not worried about it.

"We will have a very big, steep learning curve in the start of the year compared to some other teams, which is normal because it's a new experience for everyone." 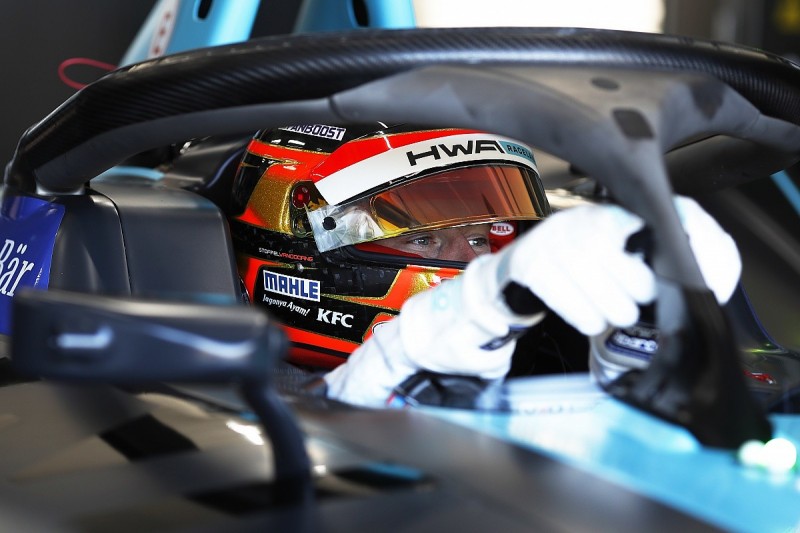 Vandoorne also explained that his main focus between the end of pre-season testing - the only running HWA could complete ahead of season five as a Venturi customer squad - would be on learning FE's specific race processes.

"There's a lot of operational stuff I still have to learn," he said.

"Especially the energy management during the race, the kind of communication you have with your team.

"All that stuff is what I missed out a little bit during this test - the more race-relevant stuff.

"So there's a lot of stuff we can do on a simulator - I'll probably be spending a little bit of time in there as well before going to Riyadh [for the first race of season five].

"From my side the only thing I can do now is making sure I'm 100% clear on what to do operationally."

From F1 exit to the best comeback stage