Sebastien Buemi claimed pole for the first race of Formula E's season four finale in New York, while points leader Jean-Eric Vergne was thrown out for overusing his maximum power

Vergne had looked set to top the group qualifying segment despite running in the opening set of drivers to take to the dusty Brooklyn Circuit.

He set a best time of 1m13.890s - after only crossing the timing line to start that lap with one second to spare as Lucas di Grassi had appeared to back up the pack, which included Bird, approaching the final corner on their final warm-up tour.

Vergne's effort stood as the time to beat for much of the group running but he and Techeetah team-mate Andre Lotterer were investigated during the session for "max power overuse", according to a stewards' message.

The duo subsequently had all their times deleted as a result of the issue, which Autosport understands is related to the software used in a control system that regulates power usage. 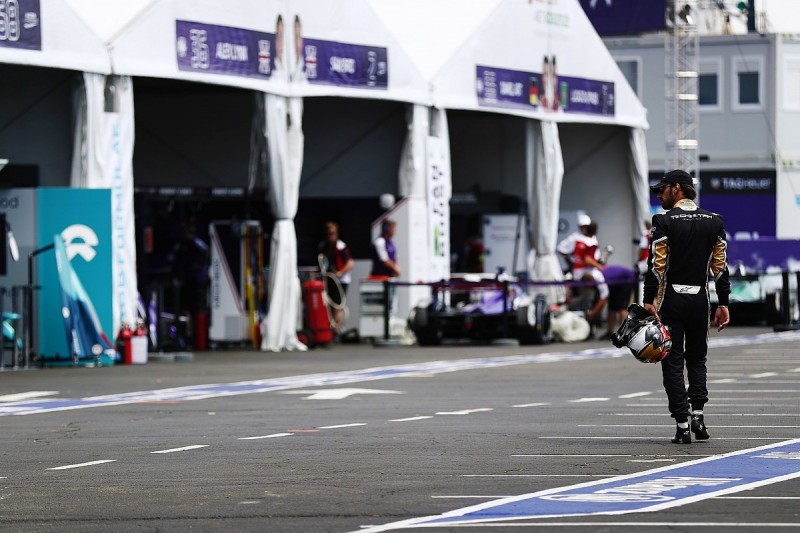 Vergne will therefore start the first race from last on the grid, behind Lotterer and Oliver Turvey (NIO), who did not take part in the qualifying as he sustained a suspected broken wrist during an FP2 crash.

The penalties for Vergne and Lotterer meant Daniel Abt, Mitch Evans and Jerome D'Ambrosio ended up as the top group qualifiers, with all three setting times slower than the Techeetah duo.

Buemi and his Renault e.dams team-mate Nico Prost were elevated into the superpole segment as a result of the penalties.

During superpole, Buemi produced a smooth and rapid lap to claim his second pole of the season with a 1m13.911s.

Evans qualified second, 0.554s behind Buemi, as he lost time in the middle sector with a big slide exiting Turn 5.

Prost qualified third, despite being 1.01s behind his team-mate, as D'Ambrosio and Abt both made mistakes at the new-for-2018 Turn 6 left-hander.

Lopez is currently under investigation for breaching article 33.3 of the FE sporting regulations, which relates to activating the 200kW maximum power mode before the start of the final sector, which is not allowed in qualifying.

Nick Heidfeld rounded out the top 10, ahead of di Grassi, the highest group one runner behind Buemi.

Bird followed di Grassi as the first two runners to take to the track in group one and they ended up third and fourth at that stage, before being pushed further down the order as the other groups set their times.

Techeetah explains why Vergne was excluded from FE qualifying