Mortara put an ambitious pass on polesitter Antonio Felix da Costa on the second lap of the race, finding just enough space to dive down the inside at Turn 22 for the lead.

Avalanche Andretti's Jake Dennis followed the Swiss driver through, but was not able to reel in Mortara as the new leader was able to pull clear in free air.

Noting that he was able to manage his battery temperature, energy levels and tyres quite adeptly in the lead, Mortara was able to open the gap to Dennis by over two seconds after the 10th lap, extending that advantage to nearly three seconds before the safety car emerged midway through the race.

As the race was more "flat-out" at the end, as the drivers around him had enough energy stocked up, Mortara said that life became more difficult - particularly after bending his front-left wheel in an encounter with the wall.

"It was a positive day, we know when we're starting at the front and I can manage to take the lead, we are very good in managing the pace and we are good at managing pretty much all the many parameters like battery temperature, battery energy, tyres and I was able actually to put a gap.

"I was actually pretty surprised to see how easy it was for me at the beginning of the race to go quite a lot quicker than the others.

"It got a lot harder at the end of the race when we had to do less management and it was pretty much a flat out race.

"I also managed to make my life quite a lot harder when I hit the wall in Turn 7 inside and bent the front left - I was actually very lucky to escape big damage." 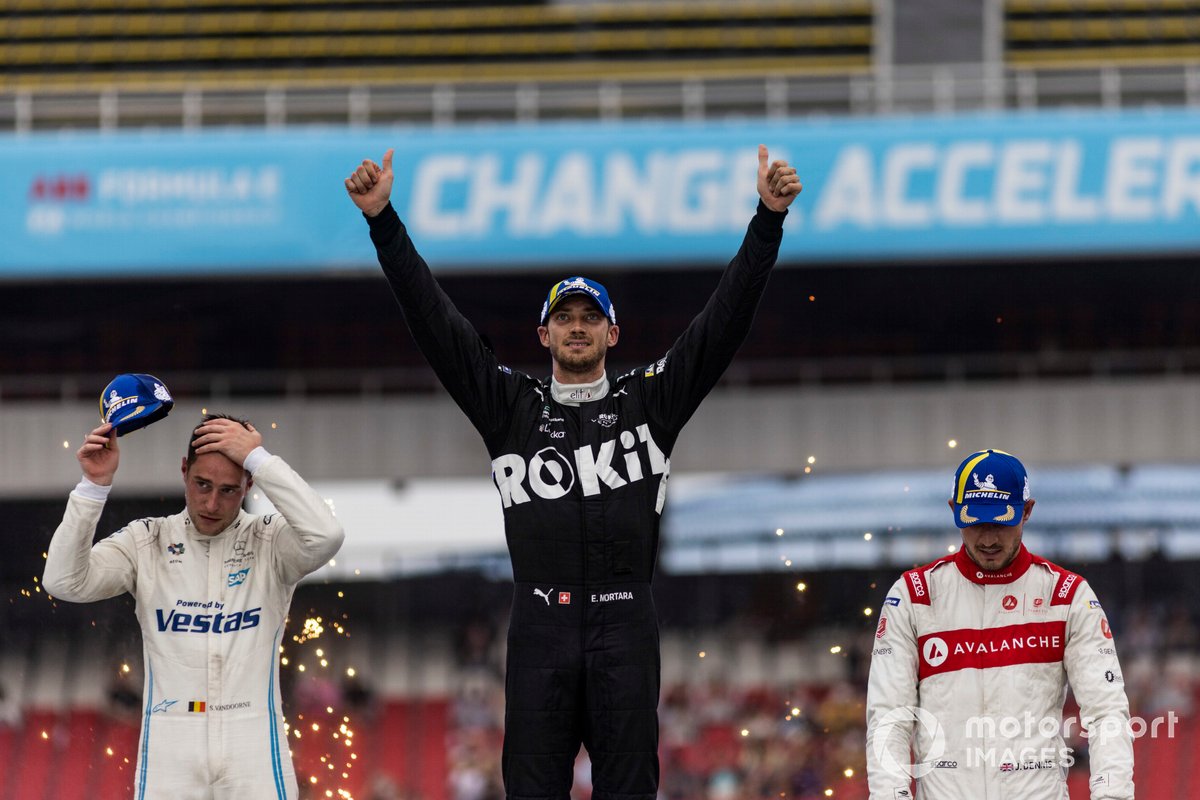 Reflecting on his year, Mortara explained that there were far "too many ups and downs" to remain a consistent force in the championship at the end.

The Venturi driver had factored in championship contention during the first two-thirds of the year - even leading the championship heading into New York - before a difficult London round all but pulled him out of the title race.

"[It was positive] but with too many ups and downs. We knew that this year if you wanted to be champion you have to be more consistent.

"This is what Stoffel did and he was extremely, extremely competitive and extremely good in that. He might have won less races, but in the end he was more consistent.

"This is what I will try to do in the next years - I need to have better 'bad' race weekends."