Mark Preston column: How FE has got right what F1 abandoned

Recently, I have been thinking a lot about Formula 1 and how hard it is to win in that ultimate series, and why it in turn therefore needs to think long and hard about how to make the championship as exciting and variable as Formula E

At the same time, it is also worth thinking about how hard FE has worked to make sure that customer teams like Techeetah can enter a series, buy a powertrain from the best manufacturer, hire the best drivers, put together a great team and obtain the right budget to deliver without spending billions - while at the same time producing exciting and relevant racing for motorsport fans.

I hope that Techeetah helped FE deliver on this goal by producing the championship's first ever one-two with our result in Santiago. A customer team leads both championships and took another win thanks to Jean-Eric Vergne last time out in Punta del Este.

F1 once came close to doing this and I remember it all very well thanks to my involvement with Super Aguri. In 2006, when F1 had decided that customer cars would be allowed and Red Bull set about exploiting that situation with Toro Rosso, we were doing the same with SAF1 in parallel with Honda. We set up the team in 100 days, but at the last minute the powers that be changed the rules and we had to scramble around to pull together a plan B. This involved basing our car on a five-year-old Arrows A23, bringing it up to spec and then going racing.

I knew that it was possible to take an old chassis and bring it up to speed because of my experience working on the ill-fated MP4-18A at McLaren. We had pushed the boundaries on every single aspect of that car and had gone outside the envelope in too many areas.

But what we did do was find the limit in a large number of areas: a fascinating experience in any engineers' career and not one that will probably be repeated for a while! 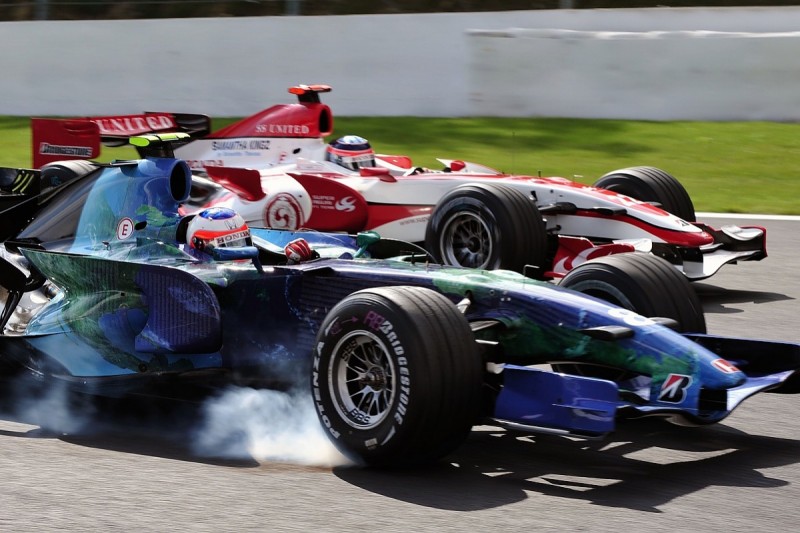 Super Aguri was able to run cars based on year-old Honda machines in 2007 and the early part of '08 before that particularly journey came to an end, but it is interesting to think what F1 would have been like if Honda and SAF1 had continued the customer relationship as per the original plan and raced what became the all-conquering Brawn of '09.

At Techeetah, I have finally realised the dream of pulling together a team, using a great powertrain as a customer of Renault, and having amazing drivers with the right amount of resources. With that combination we have delivered a genuine front-running customer team. When was the last time that happened in F1?

Another aspect of running Techeetah, which is much closer to where I sit now than ever before, is the commercial side. In F1 the commercial teams tend to completely separate from the technical teams, but as a customer team in FE, everyone sits together. We recently landed our first sponsorship deal with Dragon Inc, a blockchain solution company. The fact that the future of currency and the future of racing are coming together says a lot about where we are heading.

As we head to Rome for this weekend's race and the start of the second half of the 2017/18 season, the championship is by no means certain, with many races to go and the OEMs, in the shape of Audi, Mahindra and now Jaguar, pushing back to get to the front.

It will be interesting to see how it all pans out, but Techeetah's success in FE should make for Interesting thoughts for the future of motorsport.