Jake Dennis swept to back-to-back pole positions for Sunday's London E-Prix, beating Lucas di Grassi in a jumbled qualifying session where none of the championship contenders made the duels phase.

Both Dennis and di Grassi had been evenly matched on lap time during the quarter- and semi-finals, and it looked set to continue across the opening timing loops - Dennis ahead by just 0.012 seconds at the close of the first sector.

Having managed to crack open a slight gap, Dennis found a tenth in the next sector - but then a mistake from di Grassi in the final sector gave the Avalanche Andretti another pole.

Regardless, Dennis regarded his final 1m12.535s as "one of my best laps in Formula E", with the second-plus advantage to di Grassi compounded by the Venturi driver's error.

Antonio Felix da Costa had been brushed aside by Dennis, who was up by 0.14s in the opening sector, which became a quarter-second by the end of sector two and over three tenths by the conclusion of the lap.

Dennis had earlier dispatched Sebastien Buemi with apparent ease in their quarter-final match-up, finding almost two tenths in each sector over the Nissan e.dams driver to cross the line with over half-a-second in hand.

Despite his heroics in qualifying, Antonio Giovinazzi was unable to beat a strong di Grassi to a finals place - but the Italian's 1m12.962s is enough to take third in an all-Antonio second row.

Nick Cassidy's first sector was over 0.5s down on da Costa and, although the Kiwi tried to rally over the rest of the lap, the time loss in the opening few corners proved terminal for his semi-final chances. Da Costa thus easily progressed.

Giovinazzi continued to surprise and booked a semi-final place over Nyck de Vries, in a closely contested battle; de Vries lost half a tenth in the opening sector but had reversed the arrears by the second sector - until a huge lock-up on the run to Turn 16 handed a slender advantage back to the Dragon Penske driver. 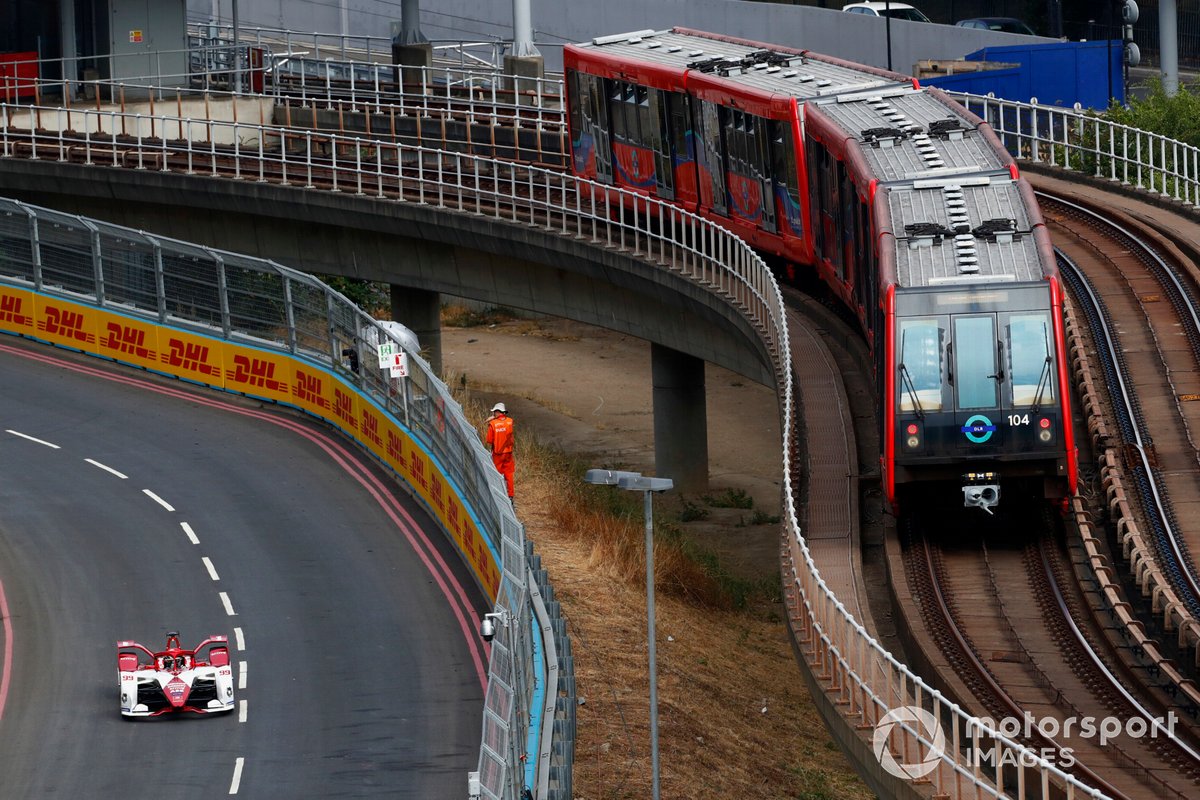 Oliver Askew hit the wall at Turn 8 in his quarter-final with di Grassi, immediately ending his hopes of joining Andretti team-mate Dennis in the semi finals. The Brazilian continued to push on his lap after moving past the trundling Andretti driver, matching Dennis's lap in the quarters to underline pace in the Venturi package.

Of those knocked out in the quarters, de Vries starts fifth ahead of Buemi, with Cassidy seventh once more and Askew eighth after his tangle with the wall.

Both Stoffel Vandoorne and Edoardo Mortara failed to progress from their qualifying 'group of death', which featured multiple heavy-hitters in the championship.

Mortara was rooted to the bottom of the timing board after the initial runs and, although he was able to improve to get ultimately the ninth fastest time of the 11 runners, he continued to struggle at the London venue.

More surprising was Vandoorne's inability to progress after a heavy Turn 1 lock-up. Sergio Sette Camara could not repeat his Saturday heroics and was dumped out in 10th, with Andre Lotterer uncharacteristically off-colour as slowest of the group.

But if Vandoorne and Mortara watched the proceedings in the second group nervously, they instead saw title rivals Jean-Eric Vergne and Mitch Evans fail to progress from the duels.

Vergne looked good to top the group, but lost three tenths in the final sector and only went up to third - which became fourth as Buemi manoeuvred himself into the duels.

Sensationally, Giovinazzi dumped Vergne out at the death of the session - and, although the Italian had laps deleted for overpower use, this did not include his fastest lap.