Rossiter was encouraged to drive the car after attending the Monaco ePrix last month and FE arranged the mini-test at short notice in Berlin.

He borrowed a race suit and Loic Duval's spare crash helmet before driving at reduced power on the first run and then 170kW on the second.

"I would really like to see what opportunities I can get," Rossiter told Autosport.

"I would be very interested to race it after my experience [in Berlin].

"It's very challenging, even though people can say they aren't as fast as Formula 1.

"I would like to get into a competitive session and see where I am and if there's an opportunity to do some testing for the series and [car supplier] Spark to help them out, I'd also be interested to do that."

Rossiter had never experienced energy harvesting in a racing car before Saturday's running and said he enjoyed the challenge of the regen paddle, which is how the driver manually harvests energy from the rear axle under braking. 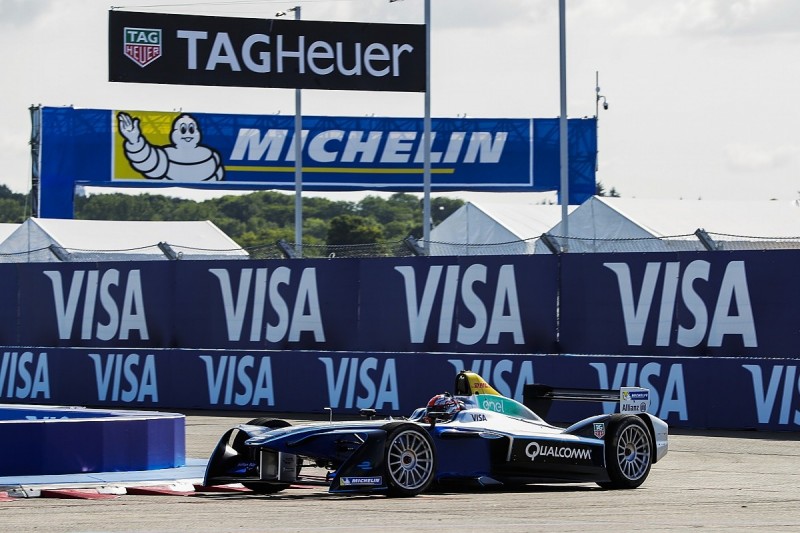 "If you brake too late or try to carry too much speed there's nothing you can do as a driver to recover it," he explained. "That's what struck me the most.

"It gives a huge respect for the drivers who are good at it.

"The weight management on a bumpy circuit is another thing I found challenging and fun - the car moves around a bit, you're in between walls, the kerbs can be taken at the apex.

"With the bouncy track and the weight of the car and the lack of grip, if you go over the limit and the car starts sliding it just carries on sliding."

Rossiter has raced in Japan since 2013, having previously completed extensive testing for BAR, Honda, Super Aguri and Force India in Formula 1, and currently lies second in the Super GT points.

He also contested the opening two World Endurance Championship rounds with the ByKolles privateer LMP1 team but will miss the Le Mans 24 Hours because of a Super GT tyre test.

Rossiter's employer Toyota is one of few major manufacturers not to have been linked with FE, though its LMP1 drivers Sebastien Buemi, Jose Maria Lopez and Stephane Sarrazin all currently compete in the series.

Fellow Toyota LMP1 man Mike Conway completed most of the last FE season and made a one-off race appearance in Paris, while Nicolas Lapierre has tested the car as well.