Haas team boss Gunther Steiner says Formula 1 has no reason to feel threatened by Formula E, despite the rush of manufacturers to join the electric series

Prior to its season finale in Montreal last weekend FE revealed two major coups, with Mercedes announcing it would be axing its DTM programme after the 2018 season to join FE from 2019, and Porsche declaring it would leave the World Endurance Championship after this season to do the same.

But although FE's prospects have been boosted by the commitment from big car manufacturers - with Renault, Audi, BMW and Jaguar already involved - Steiner thinks the reality is that there will be big stresses for the category in the future.

"I see it as an additional series, but I don't see it as a threat," he said when asked by Autosport for his views on the growing interest in FE.

Steiner added: "I still see F1 in a very good place - it is the pinnacle of motorsport.

"FE is trending at the moment - everyone wants to be part of this electric movement, which is fully understandable.

"But when there are seven or eight manufacturers involved, not all can win.

"There will also immediately be a war over who can do more, who wants authority and all those sort of things.

"At the moment they are not attracting a lot of spectators so I don't know how they can create revenue.

"It is difficult enough for F1 to create revenue, and this is a sport that has been here a long time.

"All the best drivers are here." 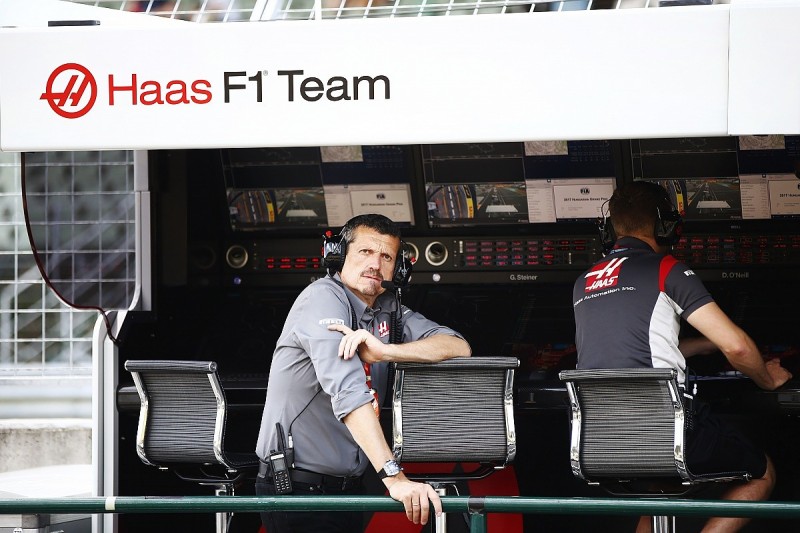 Steiner believes that ultimately FE should be viewed as a good alternative to F1 rather than a rival.

He believes if electric racing proved a big hit with fans then grand prix racing could switch across from hybrids.

"The easiest way, if it is a threat, we would just put electric motors in these [F1 cars] - because we have got a platform.

"Whatever happens it will be F1.

"I can understand the interest because it is so trendy now, you need to be part of it, it is a wave.

"Mercedes will spend a lot less in FE than they do in DTM , and the same goes for Porsche going out of WEC."

How FE went from mess to global gamechanger