Formula E field can only fight for second behind Buemi, says Bird

Renault e.dams driver Buemi's Marrakech victory last Saturday made it two wins from the opening two races of the 2016/17 season and he already holds a 22-point lead in the drivers' championship.

Bird was a victory contender in Hong Kong and finished second to Buemi in Marrakech after being passed by the Swiss on the final lap of their first stint.

"There's no point [fighting], I would have wasted my energy trying to battle with Seb," said Bird.

"He's on his own little level at the moment.

"It's going to be very difficult to compete with that level throughout the season.

"We need to improve, there's 19 guys fighting for second place at the moment.

"He's making it very tough for everybody else, he's driving very well."

Bird overhauled poleman Felix Rosenqvist in the closing stages of the Marrakech race to bank his first points of the season after an electrical issue dropped him out of contention in the opening race.

The Briton insists there is still more to come from the package.

"I've got some ideas on what to do after following, so we'll see," he said.

"There's a lot of work to do, we struggled in some areas.

"The car didn't handle as brilliantly as those other two [Buemi's Renault and Rosenqvist's Mahindra], we struggled a bit more on the balance." 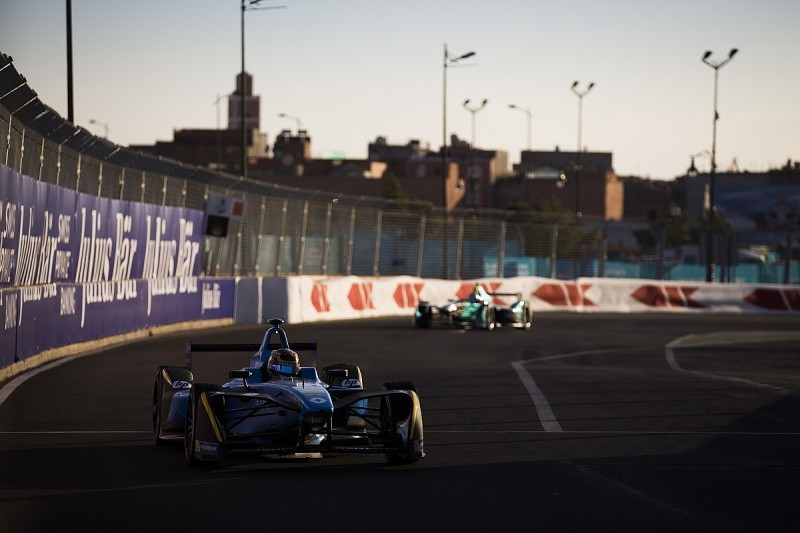 It's easy when a driver is performing well with a good car to downplay their influence, but Bird's spot on about Buemi's performances. The Swiss driver is reaching new heights right now.

In Morocco, Buemi saved more energy than anyone else on the same strategy, he was decisive with his passes in the first stint and his pace was supreme.

It was extremely impressive that Buemi could lap that much quicker while being able to drive more efficiently, and his advantage over his team-mate and Vergne with the same powertrain is also striking.

At this rate, his rivals will hope next year's FE/World Endurance Championship clash remains so Buemi has to skip the New York double-header.

A lot can happen in the six rounds between now and then, but Buemi looks a more complete driver than ever before.

If he and Renault keep this up, perhaps the serene run to the title some expected last season will belatedly come to pass.