Formula E is planning a virtual shootout between drivers and fans in Las Vegas, and could make such eSports events eligible for championship points in the future

The electric single-seater championship has embraced gaming in its second season, introducing bespoke live 'Race-Off' events, virtual races between drivers and one fan at FE races and a console-based fan eSports championship.

Series CEO Alejandro Agag wants to take that further in 2016/17 by running the marquee Vegas event as part of the January 5-8 Consumer Electronics Show, and other eSports events in between the large gaps in the season-three calendar.

It will feature a large financial jackpot, but Agag also called it an "experiment" for points-paying virtual races in the future.

"Depending on how it goes I could envisage that some of these virtual races could give points for a championship in the future, but not now," he told Reuters.

"We think eSports is a huge opportunity and we want to be the first ones fully immersed in that.

"This will be the first virtual race with 20 professional drivers of a racing championship on a big stage and with a very large prize fund."

Agag said "people want to win a million in Vegas" but would only confirm the prize amount would be "significantly plus of six figures".

Autosport understands the full field of FE drivers could be obliged to take part.

The chance for five gamers to qualify to join them will be launched later this year.

The track will only be disclosed to players on the morning of the event.

Agag said it would be "fun" if a gamer beat the FE drivers to the prize.

"It's going to be like the real Formula E," he added.

"You come for the first time to a city and race in a city, you never practice before.

"Gamers are normally better at games than drivers. On the other hand, drivers are better than gamers at quickly getting the feel of a racetrack.

"It's going to be an interesting competition."

He told Autosport: "I think it's great because the future of motorsport is more and more about interaction between the virtual world and the real world.

"A lot of people race online that perhaps haven't raced cars on real tracks because of the financial difficulty of starting in motorsport.

"To give a fan the chance to come and race the real drivers is something really, really special." 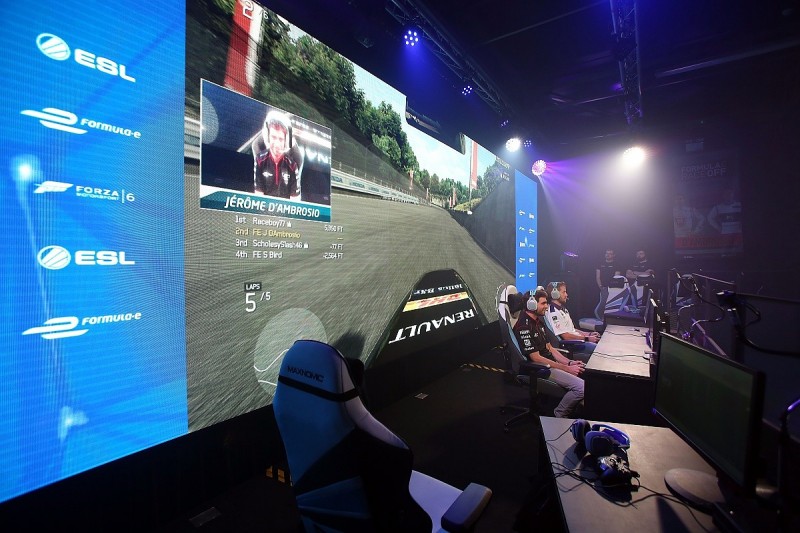