Di Grassi is the only full-time driver in FE this season who has yet to score a point, after suffering multiple problems across the first four races.

His Audi Sport Abt team is now "confident that we've found both the cause and a solution" of di Grassi's problems, according to Audi's head of motorsport Dieter Gass.

However, Gass claims that an FIA regulation means the team cannot implement the change until the Punta del Este round in March.

"Unfortunately, the FIA regulations do not allow us to implement the changes until a 30-day period has expired," said Gass.

"Although we're obviously not happy about this situation, we are optimistic that the permanent track characteristics [of the Mexico City circuit], much like in pre-season testing, do not exaggerate any problems."

Audi and di Grassi ran without problems in pre-season testing at Valencia, where the team racked up more mileage than any other.

Gass's comments suggest the issue has been exacerbated by the bumpy street circuits that make up most of the FE race calendar.

As well as running with a compromised package, di Grassi will take another 10-place grid penalty in Mexico because Audi has changed the inverter after his Santiago stoppage.

That means di Grassi will need something of a repeat of his remarkable back-to-front victory last season to secure a good result.

"At the moment, we're going through a tough time in our young Formula E history," said Audi Sport Abt team principal Allan McNish.

"But we are as determined as ever and will continue to push to the maximum with Daniel [Abt] and Lucas, in spite of the current challenges.

"We all know how unpredictable a race day can be in Formula E - Lucas' spectacular victory last year showed that well." 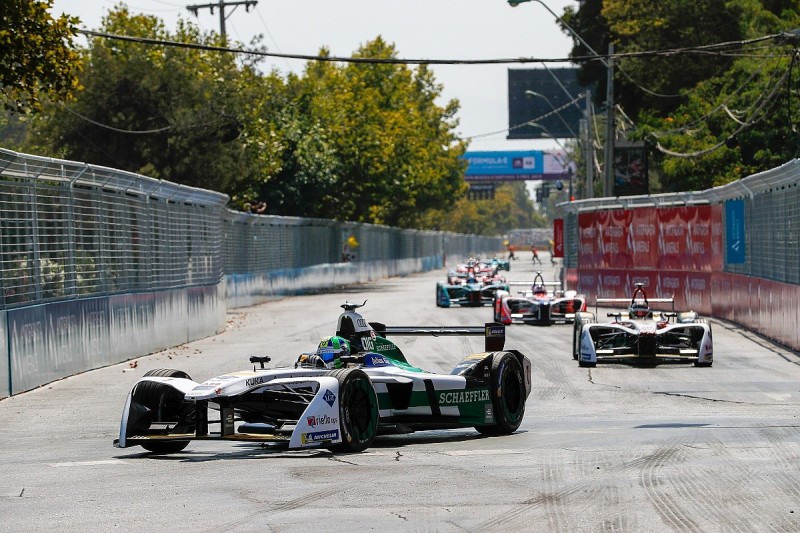