The electric off-road SUV racing series was launched earlier this year with a plan to race at locations in the Arctic, and the Himalayas, as well as desert and coastal island areas that have been damaged by climate change.

A region in Greenland was the first round to be confirmed on XE's inaugural schedule.

"I am delighted that we will be heading to the Amazon in season one," said XE CEO Alejandro Agag.

"Extreme E aims to use its position as a world-class, revolutionary sport as a tool to shine a spotlight on the problems facing our planet and its unique ecosystems - and there are few more relevant locations in that regard than the Amazon.

"A number of issues affect the long-term health of the rainforest here, with deforestation and wildfires among the most topical, and pressing, at this moment in time.

"I was actually in this precise location just one month ago where we saw pristine forests, which have now been decimated by fire - which has personally brought home the shocking extent of the situation facing the Amazon.

"Our race will take place in the region of Santarem in the state of Para, which has already been deforested and severely impacted by fire damage." 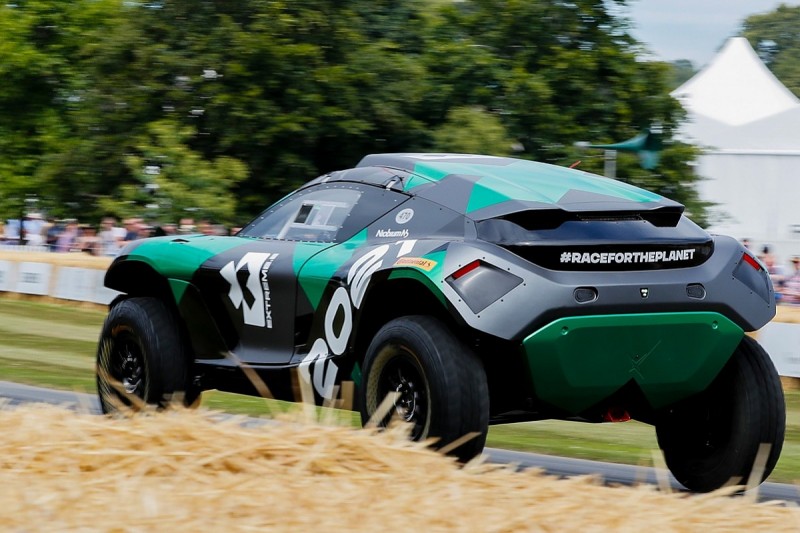 Agag stated that XE will support volunteer firefighters working in Para to "ensure the training and equipment necessary to safely and effectively continue to perform the amazing work they are already doing".

"Our goal is to provide support, not only to dedicated professional firefighters but also the local residents, who lack off-road vehicles, specialist equipment and training as they strive to control the situation and protect their land," he added.

"With the support of independent experts who know the region and its pressures inside-out, we will bring a sport for purpose to the Amazon; heightening awareness, and leaving behind a positive legacy which supports the region's on-going environmental protection efforts.

"In the Amazon, these efforts will involve planting and protecting an area the same size as the race location, every year of the championship."

XE has also announced that Francisco Oliveira, a Brazilian conservationist, and Carlos Souza, a senior associate researcher at Imazon, the Brazilian non-profit research institution, will assist the series.

XE is continuing to scout locations for the events in the Himalayas, desert and coastal island locations, with testing of its ODYSSEY 21 base-model getting underway last month.