BMW Formula E driver Jake Dennis has hit out at Pascal Wehrlein for driving him into the wall in the Diriyah E-Prix, saying he "doesn't really know what his logic was" behind his move

Wehrlein tried to sweep around the outside of Dennis under the heavy braking zone of Turn 18 as they battled for a measly 14th place, only to run wide into the run-off area. But after rejoining the track, the Porsche driver ran deep into the following left-hander, leaving Dennis with no room to go and he crashed into the barriers.

With heavy damage to the suspension, the 25-year-old was forced to pull over near the pitlane entrance, and a FCY was deployed to assist the recovery of his stricken BMW.

Wehrlein, meanwhile, was able to continue without major damage, but was adjudged to have been responsible for the collision and handed a drive-through penalty during the race, in addition to two penalty points on his license.

Dennis said he doesn't understand why Wehrlein took such a wide line going into the corner, as he felt the German driver already had the upper hand on him by virtue of being on the inside.

"I think what you guys saw," Dennis told Autosport when asked to describe the incident from his point of view. "I had some damage before the incident. Sims also got me in the wall. The pace had dropped off a little bit and then Pascal tried to overtake around the outside [at Turn 18].

"I think the move was done, you've got the corner on the inside at Turn 19. But then he just proceeded to drive me straight into the wall. I don't really know what his logic was.

"Obviously I just drove my race. He got a penalty for it which is....just doesn't mean anything to me. Yeah, just try to move on.

"It's a shame, I think the race was going quite well. We've been saving, we've been quite strong. But obviously never really got to use that energy [with] 20 minutes to [go in the race]. 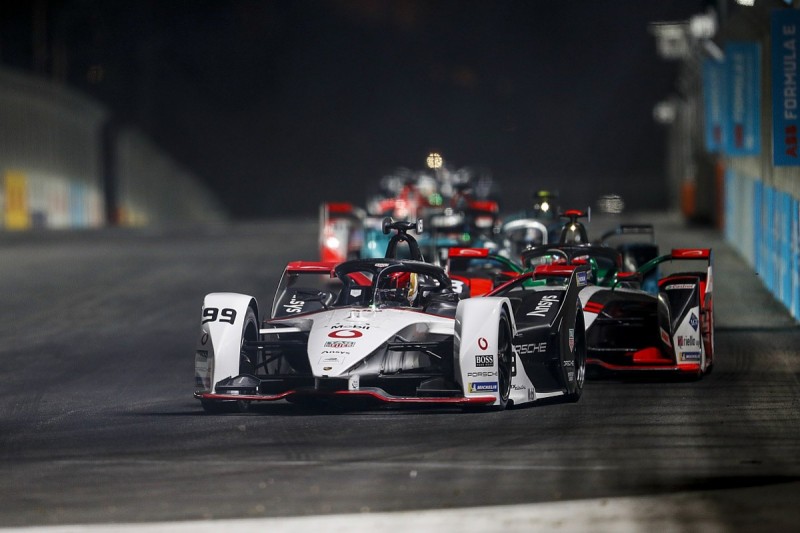 Wehrlein however described the collision between he and Dennis as a racing accident and felt the BMW driver ran him wide in the previous corner.

"Yeah, I almost passed him into turn 18," Wehrlein explained to Autosport.

"He drove into my side and run me off. So the next corner I was inside, he was on the outside.

"We touched sideways and kind of got stuck in each other, so he touched the wall. In the end for me it was a racing incident and this can happen. It is how it is."

Asked if he felt the penalty was justified, Wehrlein said: "It's not up to me to decide, especially when it's happening in the race.

"You can't change it anyway. So yeah, I mean he touched me the corner before, I touched him the corner afterwards."