Antonio Felix da Costa lamented a bout of software issues at the start of Formula E's Diriyah season opener, which left him "vulnerable" to contact from "overly aggressive" Dan Ticktum.

The DS Techeetah driver's race was over on the first lap following a string of misfortune, in which he suffered with power issues on the line which meant he was slow to get away from 16th on the grid.

At the first corner he was then caught between debutants Oliver Askew on his left and Ticktum on his right, with the latter stuffing his NIO 333 car down the inside of the 2019-20 FE champion.

The Portuguese was left with terminal suspension damage and had to retreat immediately to the pits, suggesting afterwards that Ticktum should have dialled down his aggression at the start.

"As soon as I got off the line, my car switched off - some kind of software problem - and then it came back on," da Costa explained.

"But obviously you're very vulnerable at that moment with just cars coming across you.

"I got to T1 and [Ticktum] on my inside locked up, which then hit me. I hit another guy and I broke my front left suspension.

"I was a bit unlucky because I got put in the middle of two rookies - between Ticktum and Askew.

"One of them was overly cautious, which to me was the right approach. [That] was Oliver and good for him, he had a good race.

"Dan, he just came where there was no [room]. He shouldn't have been there and was overly aggressive and he ended my race." 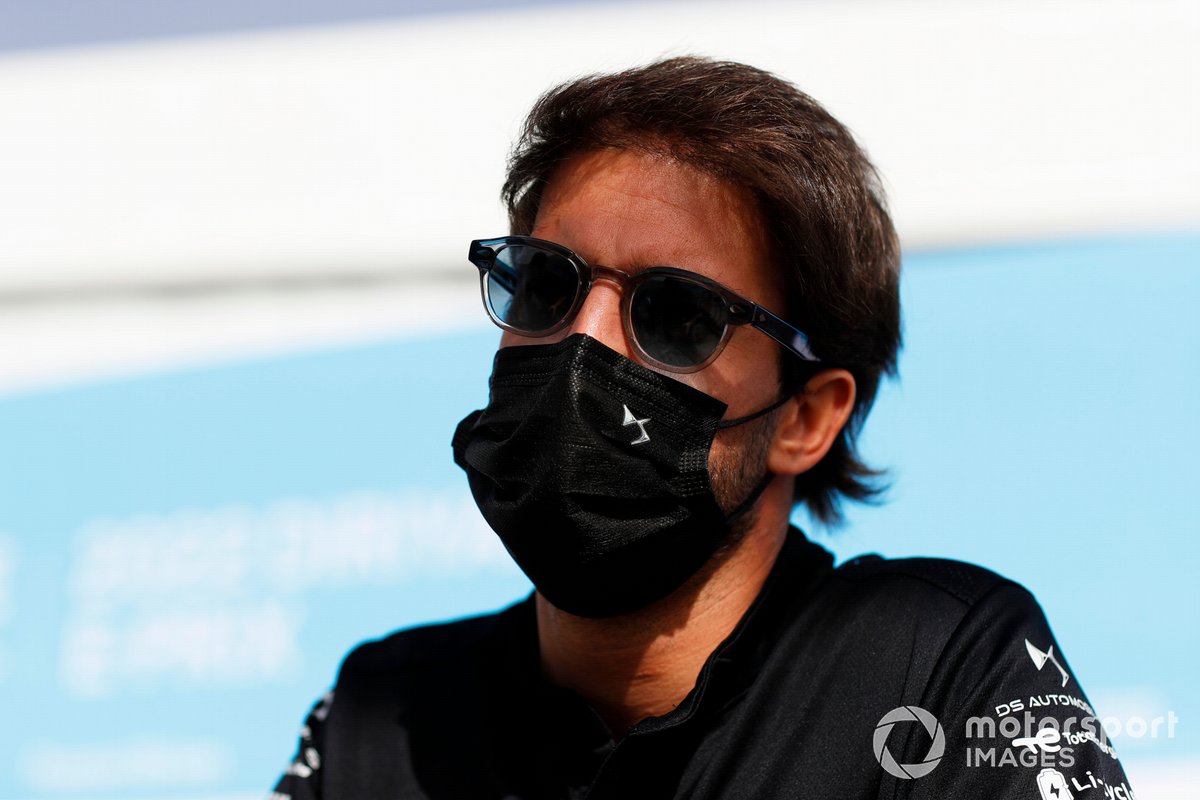 Da Costa blamed Ticktum for his lap one exit

Ticktum said that while the incident into Turn 1 was unfortunate, he felt that he was focused on trying to get a clean start and hadn't "lunged" into the first corner.

The Brit was also less complimentary about Askew's driving than da Costa, stating that the American driver "spent more time hitting me than not hitting me" in the early part of the race.

"I was on the inside into turn one," Ticktum told Autosport after finishing 18th.

"It was obviously very unfortunate. [Antonio] is a driver I respect a lot, but I didn't know that there's three cars on the outside, you know, I'm just on the inside. And it's not like I lunged into Turn 1.

"I just tried to focus on getting a clean start - that didn't happen.

"Then Askew, a couple of laps later in Turns 18 to 21, spent more time hitting me than not hitting me in that section of track. So I ended up having to overconsume a lot, and then he ran me very wide, nearly into the wall in the last corner.

"It was right on the borderline of a penalty, I would say. It's about harsh as you can get in terms of aggressive racing.

"I went to the back basically, and then just tried to focus on getting used to everything: energy management, being consistent, and I was in fairness.

"I was quicker than my team-mate [Oliver Turvey] and [Antonio] Giovinazzi. and I just feel like if I wasn't hampered at the start I could have maybe been in the top 15."