DS Virgin Racing's Alex Lynn has expressed his frustration at his lack of points in the 2017/18 Formula E season, saying he is 'bored' of having to blame bad luck

Lynn is currently 16th in FE standings on 17 points and 123 behind team-mate Sam Bird, who is second in the championship and has won two races so far this campaign.

After taking five points finishes from the first six races in 2017/18, Lynn has not scored since he finished sixth in Punta del Este in March - his best result in FE.

"I'm frustrated clearly because I haven't scored any bloody points in consideration to the pace that we've had," Lynn, who has qualified in the top six four times this year, told Autosport.

"It's a boring story to keep talking about luck, and it bores myself, [but] from my side we are extremely unlucky on our side of the garage - and it comes to where we're at.

"Pace-wise we're very strong as always, so we just need to keep going."

After retiring from the Rome race because of a technical problem that prevented him from restarting his car following a spin, Lynn finished 14th in Paris and then 16th in both Berlin and Zurich. 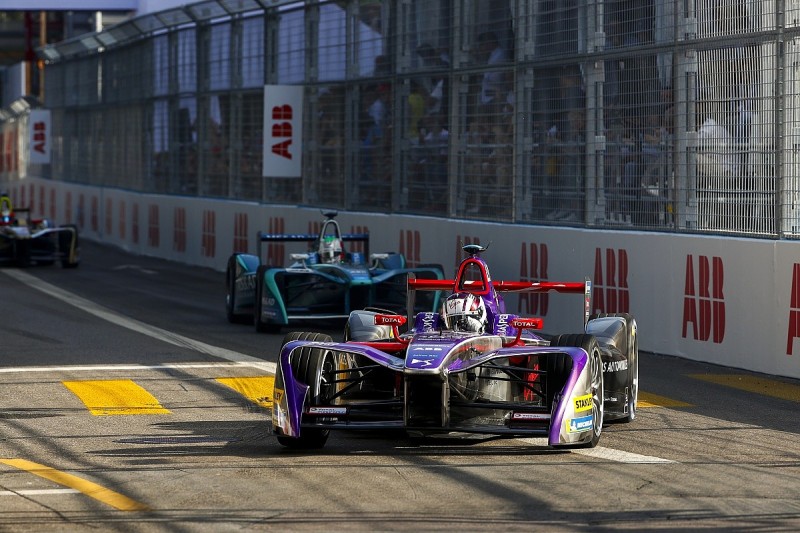 The latter result came after a battery sensor issue meant he had to pit early to switch to his second car.

But Lynn denied that his lack of recent results had led to any concerns about his future with the squad.

"I've been in superpole twice this year, and was faster than Sam [in Zurich] in terms of overall pace," he said.

"So in terms of that I think the team is more than aware of the speed I've shown.

Lynn qualified on pole for his FE debut in New York last season, before retiring as a result of a transmission problem in the first race and due to an electrics issue in the second.

When asked if his debut FE pole provided encouragement ahead of this year's season finale in New York, Lynn replied: "Yeah, it does.

"[But] I go into every race weekend encouraged and most weekends we do show really strong pace, so from that side I don't suppose it will be any different.

"The difference is we need to score points."