Dennis Hauger took his fourth FIA Formula 3 win of the year in Zandvoort, leading from lights to flag to boost his championship lead with just one round remaining.

The Prema Racing ace extended his championship lead by 31 points after taking pole position, victory and the two bonus points for fastest lap, having comfortably led the whole race.

David Schumacher had looked sure to finish second for Trident, but an incident with MP Motorsport’s Victor Martins on lap 22 ended his race, and left the Frenchman with a 10-second penalty, dropping him out of the podium places.

Championship contender Jack Doohan finished in fourth for Trident, having made up the two places he lost on the first lap, with Caio Collet in fifth for MP Motorsport.

Hauger now heads into the last round in Sochi with 193 points - a 43 point lead from second-placed Doohan – with Novalak in third with 122 points.

The Prema polesitter kept his lead from the start after a great getaway, with the top four also remaining as they were into the first turn.

Doohan lost one position to Novalak off the line before dropping another to Smolyar at Turn 3 after running wide, moving him down from P4 to P6.

Collet passed Charouz’s Logan Sargeant for eighth on lap two, while there was contact between Jak Crawford of Hitech and Doohan after the American caught the Australian’s rear-left tyre in Turn 3, almost causing a spin. 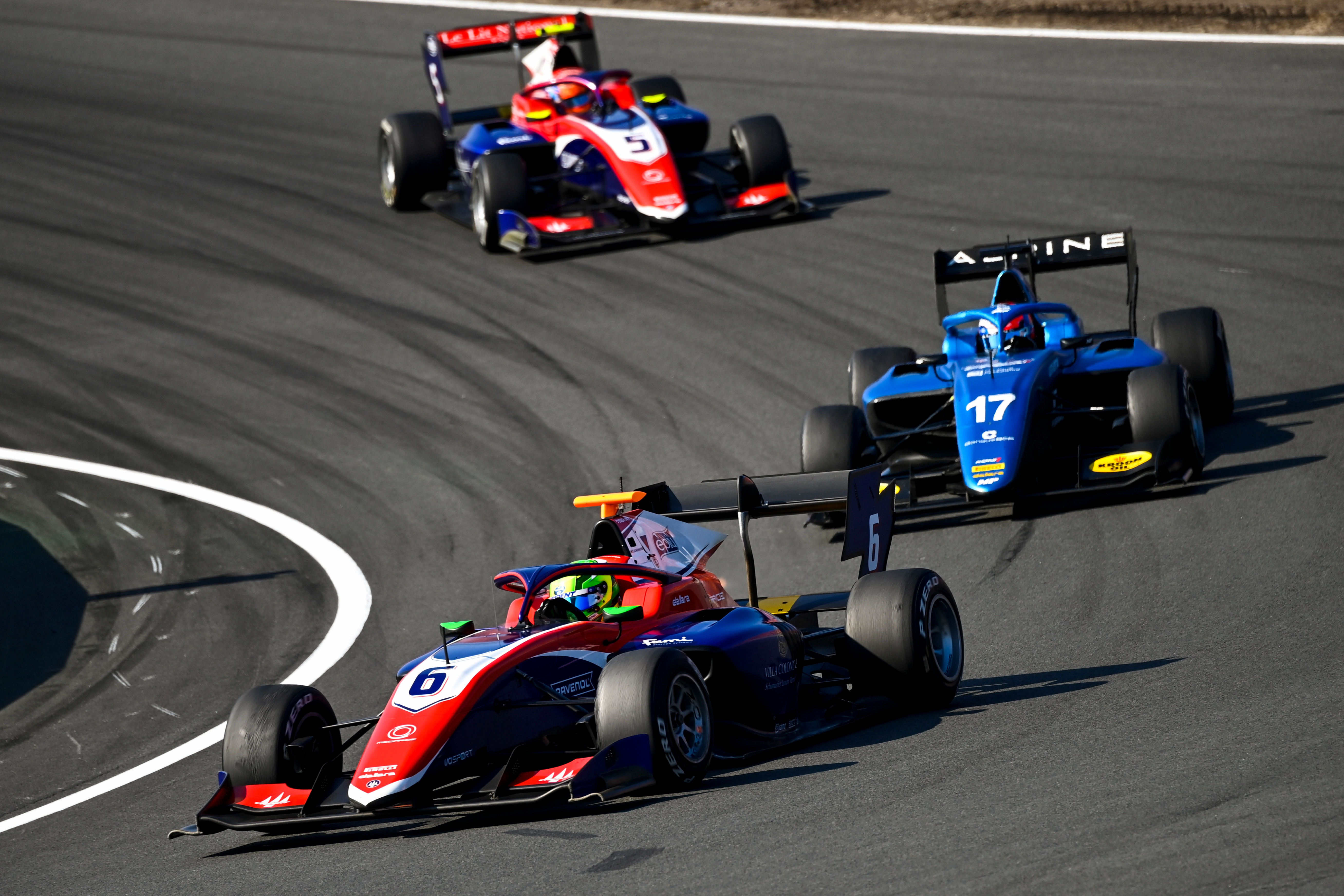 Collet had a lot of momentum into lap four and was on the back of Crawford, but was unable to pass him, while his team-mate Martins was in a similar situation with Schumacher coming out of the start-finish straight the following lap.

By lap seven, Hauger had built up over 1.3s to Schumacher, which he increased to 2.5s by the halfway point, when Collet finally passed Crawford into seventh.

Martins continued to apply pressure to Schumacher into the second half of the race, while Sargeant passed compatriot Crawford for eighth on lap 18.

The yellow flag was waved in sector one on lap 19 after ART’s Juan Manuel Correa locked up at Turn 1, causing a huge flat spot on his front-right, forcing Matteo Nannini (HWA Racelab) into the gravel. Correa received a 10-second penalty for causing the incident.

With just four laps to go, Hauger held a 4.5s lead ahead of Schumacher, who ran just half-a-second in front of Martins.

The virtual safety car was introduced on lap 22 after Martins and Schumacher collided, with Martins nudging the Trident driver into the wall in Turn 3 while trying to move up the inside into the banking.

The incident ended Schumacher’s race, dropped the Frenchman down to third and allowed Novalak to move into second, with Martins receiving a 10-second penalty for causing the collision.

With just a couple of sectors of the final lap remaining, the green flag was waved, leaving Hauger to cruise home in first.

MP Motorsport’s Tijmen van der Helm was knocked out of his home race on the final lap after contact with Correa left him in the barriers at Turn 10.