The latest film about Ayrton Senna focuses not on his Formula 1 exploits but his Formula 3 battle with Martin Brundle. Creator MARIO MUTH tells Lucy Morson why

When thinking about defining stories of Ayrton Senna, it is the rivalry with Alain Prost and those legendary battles for the championship that provides the most obvious narrative of his life and career.

But Mario Muth, in his new film Senna vs Brundle, has chosen to tell the story of a different rivalry, from long before those images of Suzuka 1989, but one that nonetheless shares a striking similarity to the story everyone knows so well.

Senna vs Brundle is a feature-length documentary about the 1983 British Formula 3 Championship, and the contest for the title that unfolded between Senna and Martin Brundle as both fought to earn an F1 future.

"I think a lot of people ignore how drivers made it to Formula 1," says Muth of his inspiration for the film.

"The way that drivers are and the way that they react to things is formed in junior series and they don't really change.

"It was interesting for me to discover that Ayrton was the same man in 1983 that he was when we watched those epic battles on the TV."

Indeed, the similarities even go as far as a series of disputes with the British F3 officials that are eerily alike those infamous disagreements with the FIA and Jean-Marie Balestre.

The story of the season is told by Brundle himself, and many of the other main contenders from that year; including Calvin Fish, Davy Jones, Allen Berg and Mario Hytten.

Journalists, photographers and commentators from the time also tell their version of the events in a season that unfolded away from the F1 spotlight and with no hint of what was to come.

For Muth, it was important that these people were present in the film: "I didn't want people who had just heard about or read a report, it was really important for me to find the guys that were there while it was happening".

Not content with the thoughts of just one driver - single-person profiles having formed his previous motorsport projects - Muth spent a great deal of time assembling his cast and letting their memories do the talking, eschewing a single narrator.

Important too was giving Ayrton himself a voice in it all, with Muth sourcing an original recording of Senna from the middle of the 1983 season, speaking to Motoring News reporter Simon Arron.

Painstaking and meticulous attention was also given to the archive footage. Remaining BBC archive tapes were a starting point but "all wide angles and from a distance". Further detective work located cameraman Brian Kreisky's archive of paddock and grid filming, now owned by Hayfisher Productions.

Muth hopes that immortalising the 1983 season in a film will ensure it's "properly remembered", as while "nowadays you can find everything that has happened in the last 10 years quite easily online" earlier footage is relatively scarce. And it's the personal and human perspective that Muth is most determined to preserve.

"I think that motorsport is a people sport. I think what is important to remember is the pressures that the drivers were under and the psychologies between them.

"What I really wanted to show in this film was the guy behind the helmet, not just results." 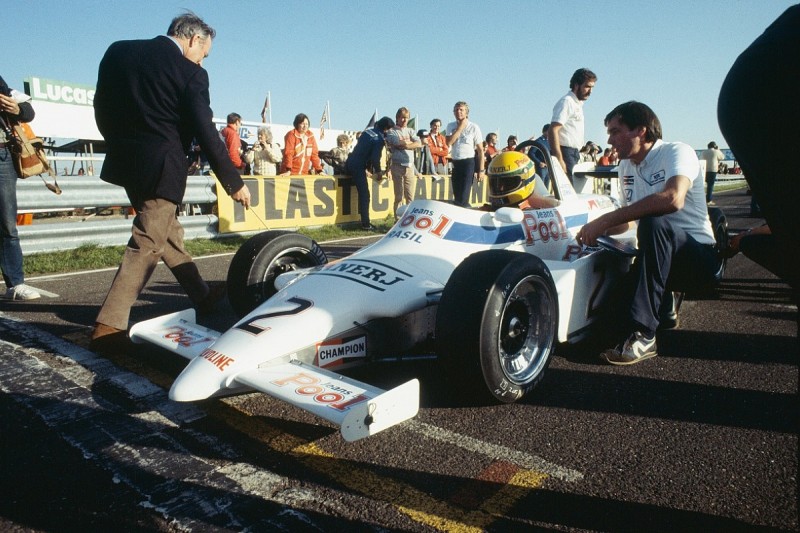