The Italian's title rival Felix Rosenqvist meanwhile started 27th after a torrid qualifying session, but charged through to finish 10th.

Marciello set up his victory at the start, just about winning the long drag race down to the Cimini right-hander at the start, although Sims and Alex Lynn briefly made it three-abreast.

McLaren GT works driver Sims then ducked and dived throughout the first lap, looking for an opening, before Marciello could establish himself in the lead.

As expected, the Vallelunga circuit proved difficult to overtake on. Sims would get almost close enough to sneak a look in the twisty infield, but once back into the faster corners he couldn't quite keep himself glued to Marciello's gearbox.

Lynn hovered in Sims's wake early on, setting the fastest lap of the race on lap six, but with no pressure from behind he faded a little at mid-distance and took a comfortable third.

"Alexander was really fast," said Marciello, "so it was really difficult and I had to keep focused throughout the race."

"It was a mega race," added Sims. "It was relentless. Both Raffaele and myself were pushing to the maximum, and didn't make any mistakes, but the pace difference wasn't enough to allow me to make a move." 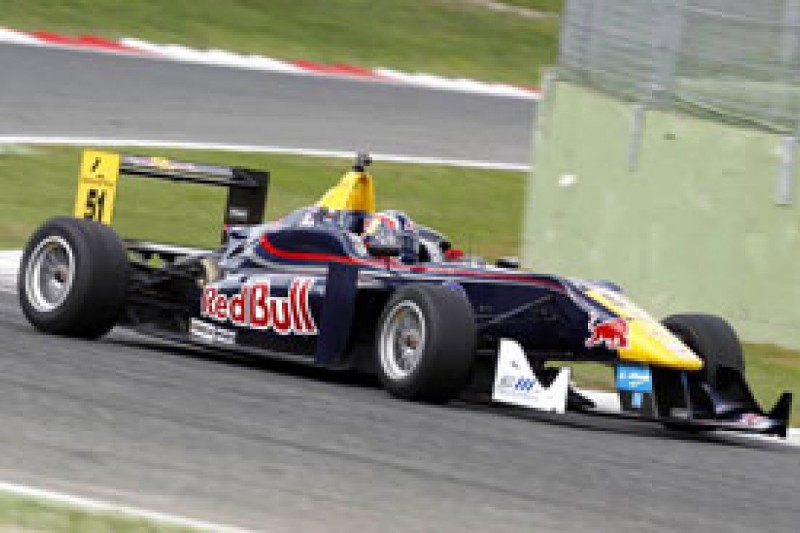 Daniil Kvyat had a lonely race to take fourth in his Carlin Dallara-Volkswagen, while Prema's Eddie Cheever had his best race of the season to take a similarly untroubled fifth.

A frantic dust-up for sixth went the way of Pipo Derani, who came under immense pressure from Lucas Auer, with Sven Muller right behind them. Antonio Giovinazzi was close at hand for ninth.

Rosenqvist made short work of the backmarkers and midfield en route to 10th, although Jordan King proved a particularly tough nut to crack.

Harry Tincknell was the last man Rosenqvist needed to pass to get into the points, and the Devon man headed home a British 11-12-13 from Tom Blomqvist and King, while Jann Mardenborough was 18th.

There were few incidents, with the most significant befalling Felix Serralles, who qualified fifth but crashed on the first lap.