Jack Doohan took the final FIA Formula 3 pole position of the season at Sochi in a traffic-packed qualifying session, hotting up his title race with Dennis Hauger.

It was initially thought that the Trident driver would start in second, with team-mate Clement Novalak on pole, but it was late revealed that Doohan had suffered transponder issues and took the top spot.

The first sprint race of the weekend, which has a reverse grid, will take place on Friday afternoon instead of Saturday amid a poor weather forecast.

The top 10 was covered by just 0.2s in a session interrupted by a red flag and plagued by the usual slow lap congestion.

Novalak will start in second, his joint-highest start of the year, while Johnathan Hoggard took his best ever grid position for Jenzer Motorsport by finishing in third.

Roman Stanek will start on pole for the first sprint race for Hitech Grand Prix, which will now take place this afternoon instead of tomorrow morning because of poor weather forecast at the track.

Victor Martins (MP Motorsport) will start alongside him, with Logan Sargeant of Charouz Racing System and Jak Crawford of Hitech on the second row.

Doohan was first out on track again, as he was in this morning’s practice session.

Heavy traffic while drivers attempted to create space caused frustration, with Novalak telling his team it was “crazy.” 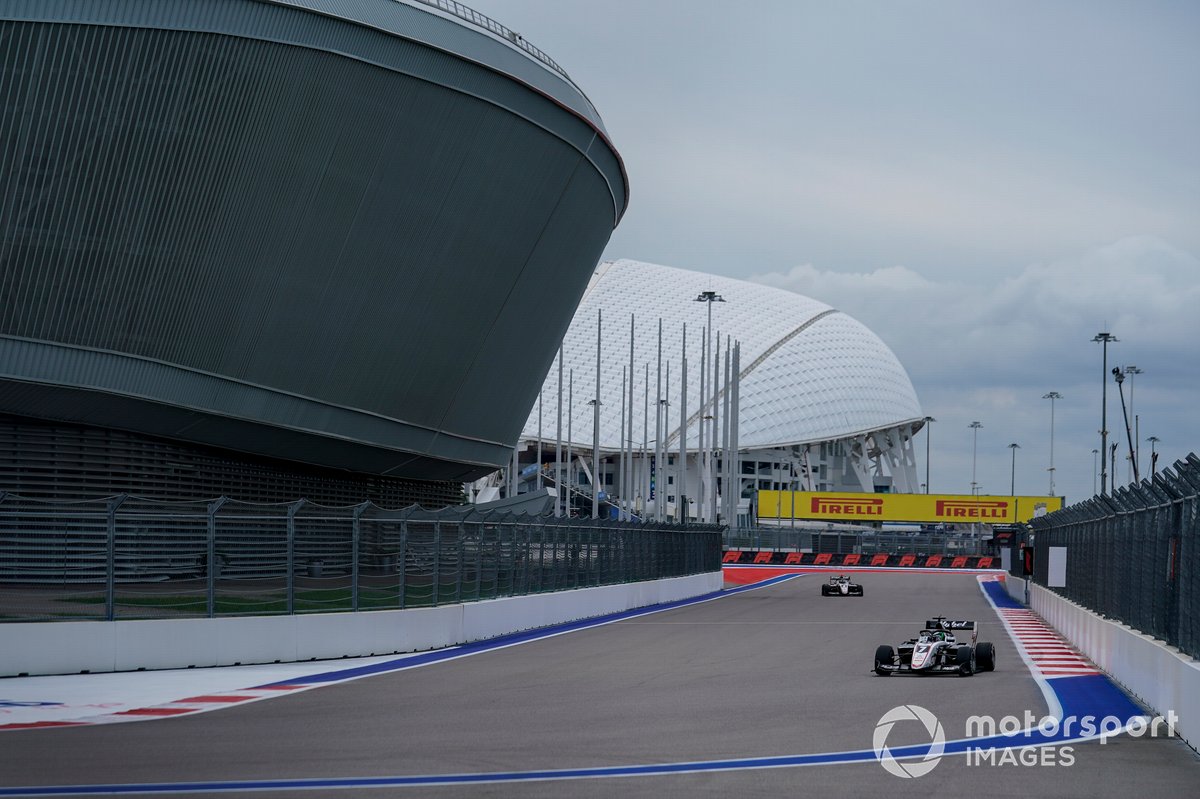 Doohan managed to break clear of the pack to take a flying lap, but struggled with grip, complaining of oversteer, and went wide at the exit of turn 10 before almost losing his lap time for track limits at the last corner.

Seven minutes into the session, the red flag was waved after Jonny Edgar found the wall in Sector 3, crashing into the barriers and ending his session.

Caio Collet had topped the timesheets before the stoppage, while Arthur Leclerc sat P2, with Hauger and Doohan slotted into P3 and P4 respectively.

The session resumed less than 10 minutes later, with most drivers continuing on the hard tyres they had started the session with.

Doohan quickly took the top of the timesheet, setting a 1m54.927s, almost 0.2s ahead of Collet.

Hauger was lucky to keep his Prema-sponsored car out of the wall after running wide in the middle of the lap while also struggling with his tyres, but only managed P13.

Victor Martins narrowly avoided contact with Ayrton Simmons into Turn 4 in an incident set to be investigated by the stewards after the session.

Much of the field pitted for a second set of hard tyres around the halfway point, before re-emerging for the last 10 minutes of the session.

Tijmen van der Helm was forced to pit with seven minutes remaining after suffering front wing damage, but was the only car affected.

With five minutes to go, Doohan’s fresh tyres allowed him to bear his previous time by almost two-and-a-half-tenths, setting a 1m54.677s, with Hoggard in second place just one-hundredth behind him.

The usual traffic chaos ensued as the drivers stacked up for their final flying laps, with Doohan sending it down the inside at one point in a move more akin to something seen in race conditions.

Novalak appeared to have snatched pole from his team-mate in the last 30 seconds with a mighty final lap before the transponder issues were revealed.