Honda protege Nirei Fukuzumi topped both sessions on day one of post-season GP3 testing at the Yas Marina Circuit in Abu Dhabi, as ART took a 1-2-3 in the afternoon

Fukuzumi's best time of the day came late on, setting a benchmark of 1m55.479s, to again finish ahead of team-mate-for-the-week Jack Aitken.

Aitken - who raced for Arden this year - closed in the second session to within three tenths of his fellow ART driver, with Formula 3 convert George Russell ensuring the team a top-three sweep in the afternoon.

Russell, who is expected to join the Mercedes Formula 1 junior programme, pipped Trident's Arjun Maini to the position after Maini had finished ahead for third in the morning's running.

Fifth went the way of the improving American Santino Ferrucci, who proved to be the fastest DAMS driver in both sessions after taking seventh earlier in the day.

Trident's Alessio Lorandi was another driver who found more time in the afternoon, going sixth fastest, after finishing ninth and two places behind Ferrucci in the morning. 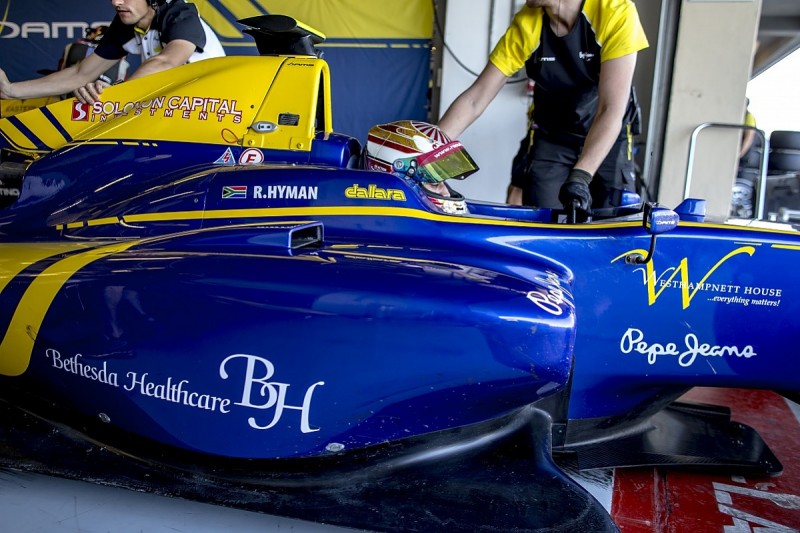 Raoul Hyman was the second fastest DAMS man, making a marked improvement from the morning's 12th place to the seventh fastest time in the afternoon.

Giuliano Alesi was eighth, pipping Steijn Schothorst and Ryan Tveter to the position, but had started the day with fifth behind Fukuzumi, Aitken, Maini and Russell.

The morning's running was more disrupted with two red flags, caused when Maini stopped on track early on and then later for debris.