Macau Grand Prix winner Daniel Ticktum ended up fourth having pushed Russell hard in the closing stages, only to be shuffled down the order by Arden International pair Leonardo Pulcini and Niko Kari.

Red Bull junior Ticktum led the way for much of the 30-minute session and was in first place when the pack came in to switch to fresh soft Pirelli tyres for their final efforts.

Russell then claimed the top spot with a 1m55.281s with three minutes of the session remaining, while Ticktum responded with an effort that put him just 0.008s behind the Mercedes junior, who earlier at the Yas Marina track had finished in 11th place in first F1 practice driving Esteban Ocon's Force India.

Ticktum and Russell looked set to exclusively battle for pole on the final run - Russell setting a personal best and then outright fastest times in the opening two sectors, while Ticktum responded with two personal best efforts of his own. 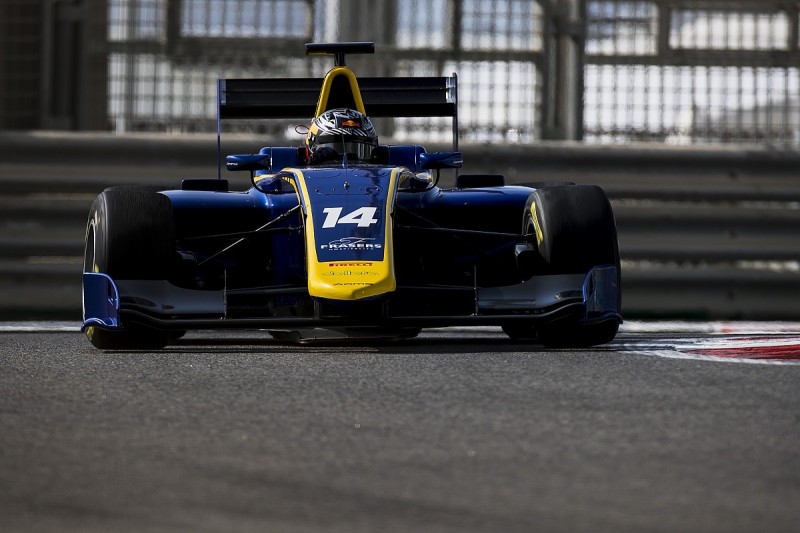 But while Russell was able to keep his pace up throughout the lap - ending up fastest on a 1m54.751s - Ticktum faded in the final sector and was pipped by Kari and Pulcini, who had in turn bettered Russell's previous best, before the champion swept to his fourth pole of 2017.

Pulcini ended up 0.3s behind Russell, with Kari and Ticktum 0.4s and 0.5s adrift respectively.

Maini finished fifth ahead of Honda junior Nirei Fukuzumi, who seized the advantage in his fight for second in the standings with Jack Aitken, as the Renault academy member could only qualify 15th - the slowest of the four ART drivers.

Dorian Boccolacci was seventh, just in front of Raoul Hyman and Anthoine Hubert, while Alessio Lorandi rounded out the top 10.

Giuliano Alesi, currently the top non-ART driver in the standings and a three-time winner so far this season, qualified 16th.