Championship leader Hauger, who won the feature race in the first round in Barcelona, posted a late 1m51.478s lap to top the timesheets, two-tenths ahead of Collet.

Pierre-Louis Chovet, replacing a COVID-stricken Laszlo Toth at Campos Racing for the weekend, set the first flying lap with a 1m55.469s, but was quickly beaten by team-mate Amaury Cordeel, who went quicker by 1.2s.

As the times tumbled, Alpine Academy driver Collet jumped to the top with a 1m53.164s, before Red Bull Junior Hauger became the first driver to break into the 1m52s with a 1m52.297s.

Charouz Racing System’s Reshad de Gerus ran wide at Turn 2 and failed to pass through the bollards correctly on his return to the track, which was noted by the stewards.

There was a red flag with 20 minutes left of practice after de Gerus went off and hit the barrier at Turn 6, eventually making it back to the pits before the session was restarted six minutes later. 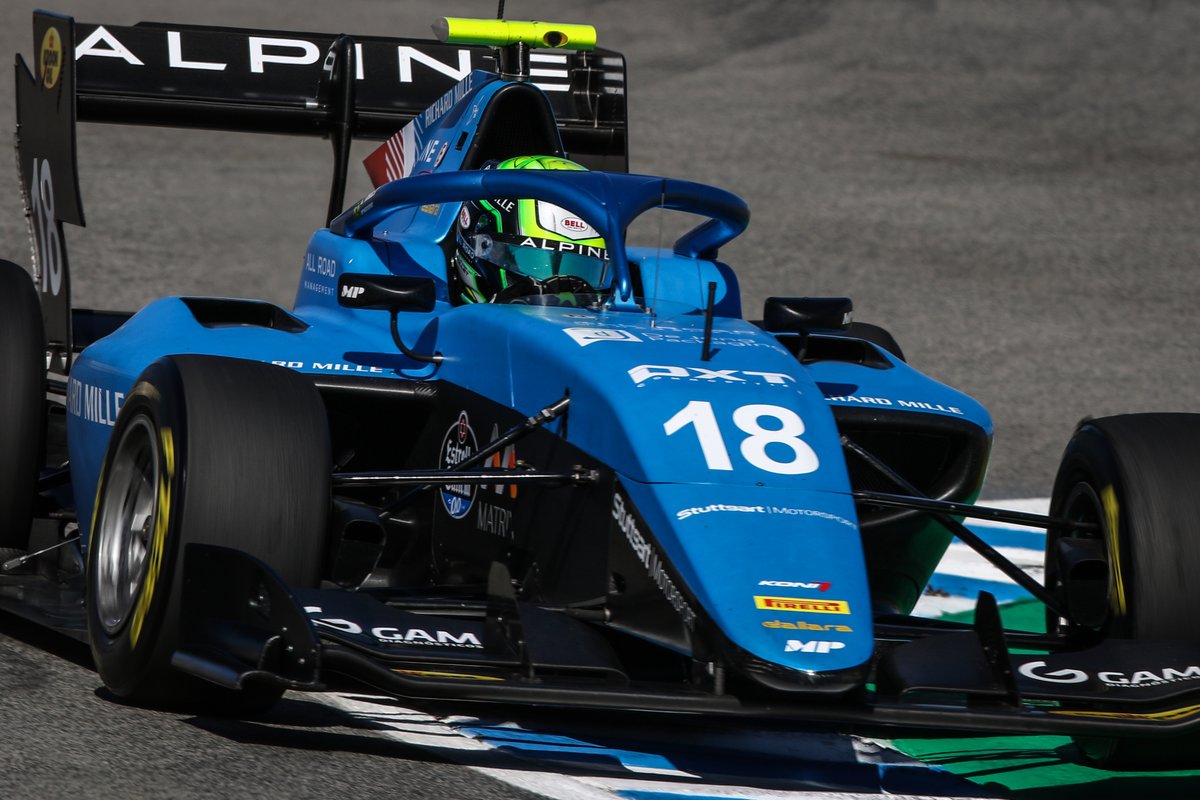 The virtual safety car was then brought out in the last ten minutes after Rafael Villagomez spun, but the HWA Racelab driver managed to get himself going again, avoiding a second red flag.

Johnathan Hoggard, taking part in his first F3 session for Jenzer Motorsport, finished tenth with a time of 1m52.255s.

The 2019 Aston Martin Autosport BRDC Young Driver of the Year is replacing Chovet at the Swiss team, with Chovet then getting a late call-up to replace Toth.

Qualifying will take place this afternoon to set the grid for Sunday’s feature race, and the top ten will be reversed to decide the starting order for Saturday morning’s sprint race.

The top ten of the first race will be reversed for Saturday afternoon’s second sprint race.