The Racing Steps Foundation driver and two-time McLaren Autosport BRDC Award finalist drove a Fortec Dallara-Mercedes on Thursday and Friday at the Algarve Circuit, having started the week driving for two days at Jerez with new team Hitech Grand Prix.

The tests with Hitech and Fortec come in the wake of doubt over whether Barnicoat will join the all-conquering Prema Powerteam squad for 2016 .

Barnicoat, who won the 2014 Formula Renault NEC title with Fortec and finished fourth with the same team in this season's Eurocup, was quickest in three of the four Algarve sessions.

Also out on track were Prema Powerteam duo Maximilian Gunther and Ralf Aron, along with Mucke Motorsport pair David Beckmann and Matt Solomon.

Fortec boss Richard Dutton, whose team took a massive step forward in competitiveness when Daniel Juncadella qualified on the front row last month in Macau, said: "Ben was absolutely on fire - he blitzed it.

"I'm delighted - we thought our development work was going the right way, and Dani told us in Macau that our car was the best he'd ever driven, but people said that was on Yokohamas [the spec tyres for Macau] and just wait until you get onto Hankooks [the Euro F3 rubber].

"We went down there to prove we were as good as Prema, and even though Ben is a rookie who'd never been there before, he was quicker than Gunther, which is really good."

The 16-year-old Muscovite, who was 12th in this season's Renault NEC standings, has tested extensively with the team alongside George Russell, whose deal was announced last week. 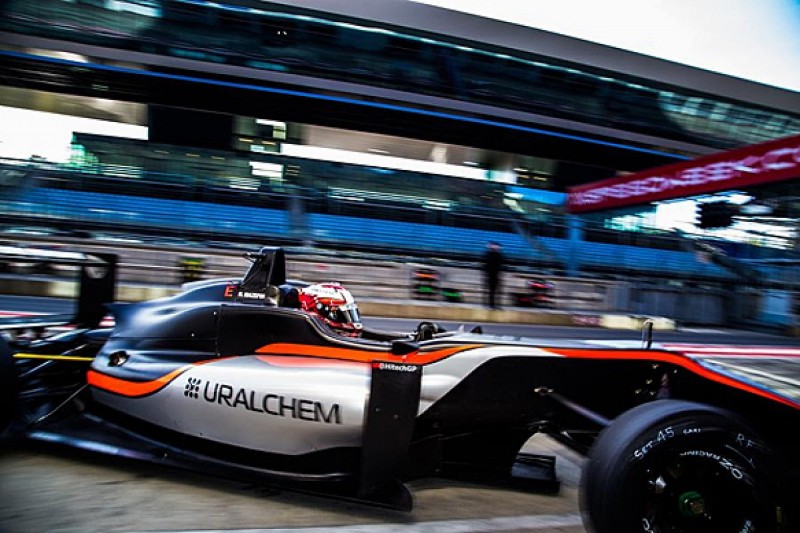