The list confirms fears that F3 stalwarts Mucke Motorsport and T-Sport, both of which had filed provisional entries, have been unable to attract any drivers for their 2017 F3 programmes.

All of the 18 drivers confirmed have been previously announced by their teams, with Carlin and Motopark listing 'TBA' as their respective fourth drivers.

Jake Dennis, who had his rookie F3 season with Carlin in 2014 before finishing third in the championship with Prema Powerteam in '15, tested with Carlin's three nominated drivers at Estoril last week.

Autosport understands that he could stay with Carlin for this week's first official test at the Hungaroring, and that the prospect of some race outings has not been ruled out, but that his Blancpain GT programme with the WRT Audi squad takes priority.

The championship has also dropped its traditional numbering system in order of the teams' positions from the previous season, with drivers choosing their own numbers.

Reigning rookie champion Joel Eriksson takes the #1, Mick Schumacher uses the #25 he has raced with in Formula 4, Pedro Piquet continues with the #5 used by his father Nelson when he won the 1981 and '83 Formula 1 titles, while the Britons have opted for #17 (Harrison Newey), #31 (Lando Norris), #34 (Jake Hughes) and #53 (Callum Ilott).

The absence of Mucke Motorsport from this season's Formula 3 European Championship is a sad moment for the category.

The Berlin team first entered the German F3 Championship in 1999 to run team boss Peter Mucke's son Stefan, who was then the reigning Formula BMW champion.

If you consider that it was the German and French championships that merged to form the F3 Euro Series in 2003, and that it was from the Euro Series that the current European championship evolved in '12, then Mucke is the team with the longest continuous history in the series.

As recently as 2014, Felix Rosenqvist and Lucas Auer finished one-two for Mucke in the Macau Grand Prix, and the following season the squad ran five cars in the European championship.

Mucke's falling by the wayside means it is the latest casualty amid a climate whereby drivers - and, crucially, the people who provide their budgets (usually the parents) - are deterred from competing because of the perception that it is not worth going up against the big squads such as Prema Powerteam (which has won six F3 titles on the trot) and 'young upstart' Hitech Grand Prix.

With that in mind, it was interesting to chat to Mucke F3 technical director and team chief Peter Fluckiger at last year's Hockenheim finale. 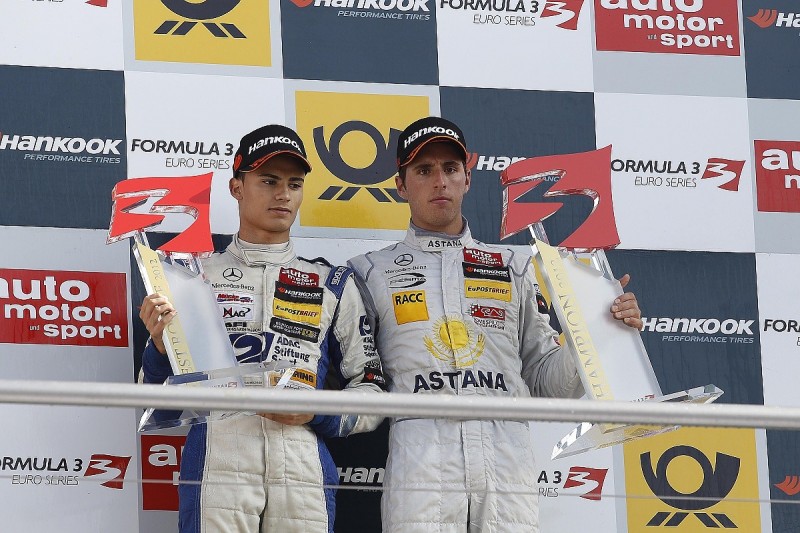 He harked back to the final round of the 2012 Euro Series at Hockenheim, when Mucke's Pascal Wehrlein was pipped to the title by Prema's Daniel Juncadella by 11 points.

Wehrlein was beaten into second place in two of the races by Mucke team-mate Felix Rosenqvist.

Had team orders been imposed, then the 14-point swing in Wehrlein's favour would have given the current Sauber Formula 1 pilot the crown by three points.

Fluckiger told me that, at the time, both he and Peter Mucke were asked why they didn't instruct Rosenqvist to slow, and that they responded that, whatever the reward, it was against their instincts as racers.

But in hindsight, how much would the perception of Prema domination have been dampened - or at least delayed - had Wehrlein wrested that crown? 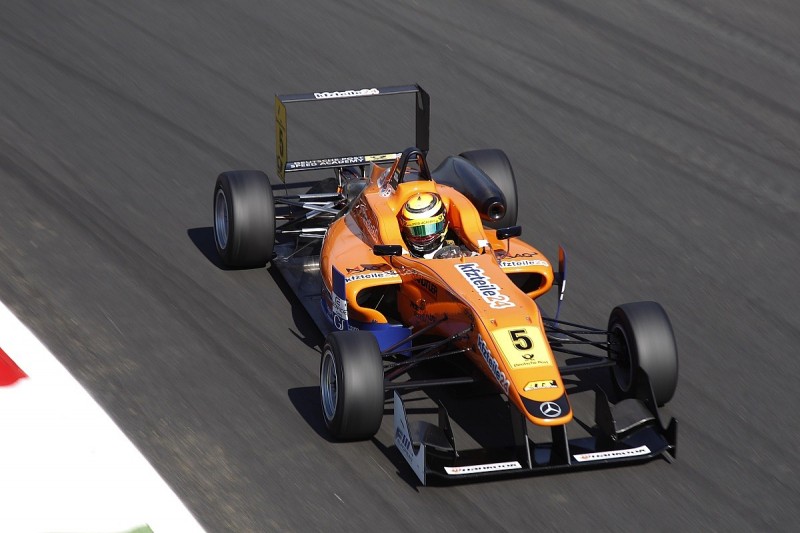 If you remember, Wehrlein contested the opening F3 round at Monza with Mucke, pictured, before leaving for the DTM, and shared the wins in Italy with Prema's Raffaele Marciello.

Looking at the amount of mistakes made throughout the year by Marciello and closest rival Rosenqvist, it would be logical to assume that Wehrlein would have won that title.

That would have cut Prema's current record from six to three on the trot.

And, in our parallel universe, that would likely mean that Mucke could have attracted competitive drivers for longer and that it would still be on the grid now, and might even have meant other teams weren't forced out of the market amid the perceived spectre of domination by a Prema team that is guilty of no more than being very well-run, efficient, thorough and talented.