German Formula 3 racer Sophia Florsch has announced that she is flying home on Monday, eight days after her horrific crash in the Macau Grand Prix

The 17-year old has been recuperating following a long operation last Monday to mend a spinal fracture sustained in the shunt, in which she flew over the barriers and fence following contact on the approach to Lisboa that left her without her left-side wheels.

Florsch wrote on Facebook: "Today I am flying back home.

"I am still overwhelmed by all the support I got from you fans all around the world.

Before the crash, Florsch's racing activities for next season were looking likely to be based on continuing in the outgoing Formula 3 European Championship machinery in the DTM-support series for the cars.

She joined the Euro F3 grid at Zandvoort in July after missing the opening three rounds, and completed the season with Van Amersfoort Racing.

While Florsch is one of the best female talents in junior single-seater racing, she told Autosport before her crash in Macau she has no interest in the new women-only W Series.

"Not at all," she said. "I think it's great that people can see that women need support, but it's a little bit the wrong approach.

"I want to race against the best in the sport, and the problem is there are not enough women on the same level." 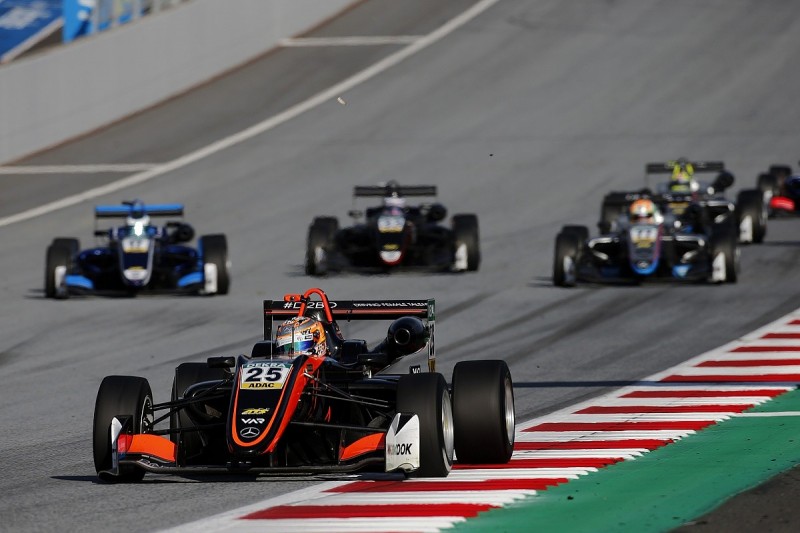 Florsch, who scored a point at the Red Bull Ring in September during her part-programme of Euro F3, agreed that was a greater achievement than winning a W Series race would be.

"I am learning more if I drive in F3 - either this car or [the new] International F3 - than in the W Series; you're preparing so much."

Team boss Frits van Amersfoort admitted that Florsch was high on his target list for what he plans as a four-car attack on the DTM-supporting F3 series.

"This series is the best for everybody," said van Amersfoort, whose team did not get an entry for the new FIA F3 Championship.

"We love F3 and we understand the value of F3, and it's important that this series is continuing.

"And if we can keep this alive, next year it will give us the possibility to drive with the Japanese F3 Championship [and form a grid] at the Macau Grand Prix.

"Everyone who loves F3 loves Macau, so let's keep it going."