Ex-Formula 1 racer Adrian Campos's team returned to GP2 for 2014 in place of Addax, having been part of the F1 feeder series since its birth in 2005 to the end of '08.

Now Campos will also join GP3 for the first time.

"I am pleased to welcome Campos Racing to the GP3 Series," said GP3 boss Bruno Michel.

"They have shown their pedigree in GP2 and I'm sure they will be a great addition to the GP3 grid.

"I'm convinced that thanks to their expertise they will adapt quickly to GP3 and will work hard over the winter to be fully prepared for a busy season."

The Hilmer squad Campos replaces was only in the series for one season, having taken over the planned Russian Time GP3 entry for 2014.

Russian Time had itself taken Bamboo Engineering's entry at the end of 2013, but never made a GP3 race start as the team was reorganised following the death of founder Igor Mazepa.

Franz Hilmer, head of the eponymous team, said coming into GP3 at such short notice had been tough so he was happy to hand over to Campos when he heard of the squad's interest. 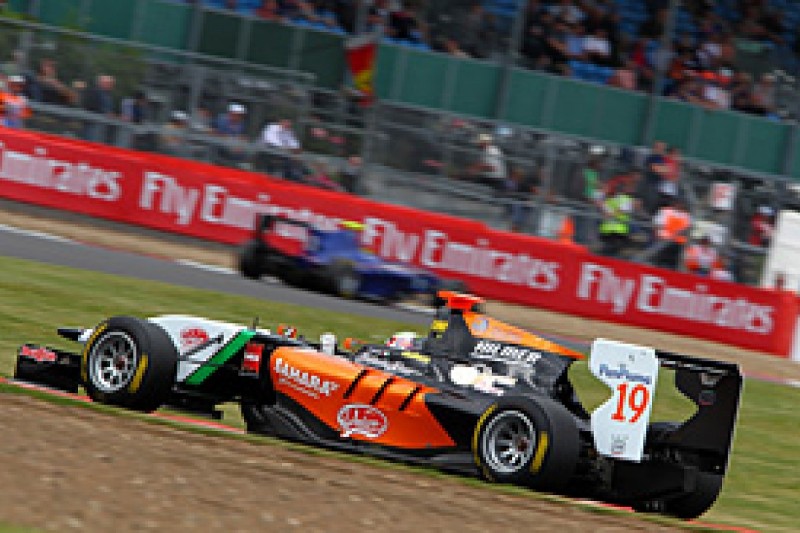 "It has been a difficult year for Hilmer Motorsport in GP3 and I would like to thank everyone who was involved in the GP3 project for their dedication, hard work and effort," said Hilmer, whose Force India-affiliated outfit also has a GP2 arm.

"We struggled a lot with our GP3 team, which we took over quite late - just some weeks before the start of the season. It made things more difficult for us in every way.

"Following in-depth discussions with Bruno Michel, he informed me that Adrian Campos was maybe interested to run a GP3 team. I know Adrian very well and we have been friends for years, therefore we found an agreement very fast."

Hilmer ran a variety of drivers in GP3 this season, with only Riccardo Agostini managing to score. Two top-six finishes at Silverstone were his highlight.

Campos will make its first appearance in GP3 in the pre-season tests next year.

After 13 years on the BTCC support bill, the Ginetta GT4 Supercup was axed as a standalone series at the end of this season. Here, some of its major players reflect on the championship’s key moments