Arthur Leclerc graduates to F3 with Prema in 2021

Arthur Leclerc, the younger brother of Ferrari Formula 1 driver Charles, will graduate to the FIA Formula 3 championship next year with the title-winning Prema Racing outfit

Arthur Leclerc, the younger brother of Ferrari Formula 1 driver Charles, will graduate to the FIA Formula 3 championship next year with the title-winning Prema Racing outfit.

The 19-year-old Monegasque becomes the first driver to be confirmed for the 2021 championship, the first to feature a radically different weekend format with three races of which two will be reversed.

Leclerc raced with Prema in this year's Formula Regional European championship, but lost out to fellow Ferrari Driver Academy member Gianluca Petecof despite having more wins and pole positions than the Brazilian.

Leclerc took the title down to the final round at Vallelunga, where a mechanical problem in qualifying forced him to start both races from the back. He recovered to sixth in race one, but after race two was cancelled due to bad weather, he was knocked into the gravel in the finale as fifth proved sufficient for Petecof.

Prema drivers have won the title in each of the last two years since FIA F3 took over the mantle from GP3, with Oscar Piastri succeeding 2019 champion Robert Shwartzman.

Leclerc has already completed four test days in F3 with Prema and also has previous experience of Formula E, having tested on two occasions for the Monaco-based Venturi squad. 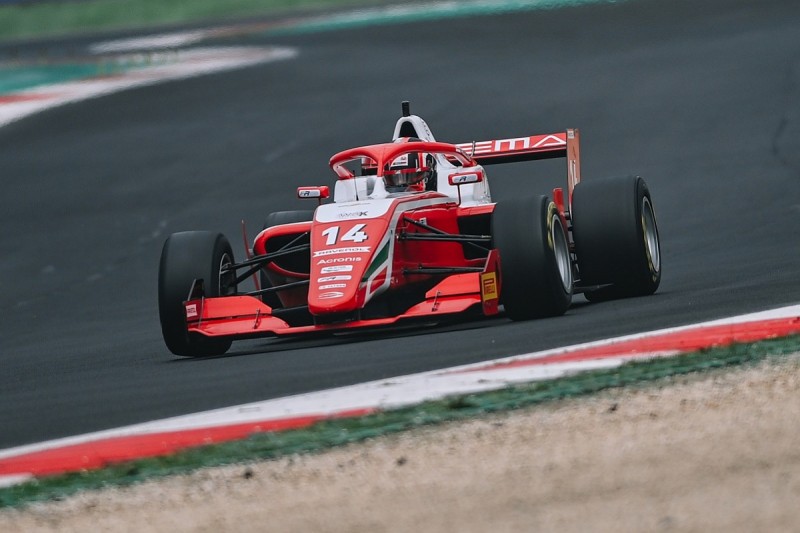 His elder brother won the GP3 title in 2016 with ART before graduating to Formula 2 with Prema and winning the title at the first attempt in 2017.

Announcing the deal, Leclerc said he was excited to link up with the team in F3 and continue their "special relationship".

"It will be a completely new challenge for me, a lot more drivers on the grid and a weekend format that looks really exciting! I can't wait to start the season."

"He experienced a high-quality season in 2020, ending up with more wins than anybody else in the Regional championship.

"His skills come with a dedicated approach to the hard work behind the scenes, which is clearly what we are looking for at this level.

"We can't wait to start preparing for the season ahead!"