'And We Go Green' may protray an outdated Formula E championship, but its deep exploration of the drivers at the heart of the 2017-2018 title battle are enough to engage a new audience, as MATT KEW explains...

A critical decision was clearly made early on by Academy Award-winning director Fisher Stevens and Malcolm Venville when they crafted 'And We Go Green'. The feature-length Formula E documentary - available to watch on All 4 and via the championship's YouTube channel - isn't about the all-electric powertrain.

Carbon-encased battery cells and comparatively quiet and slow race cars don't resonate with vast swathes of motorsport fans, let alone a broad audience, and so the technology that FE promotes is largely peripheral for the duration of the 98-minute film.

The bigger focus is the 2017-18 title battle between main protagonists Jean-Eric Vergne, Lucas di Grassi and Sam Bird. It uses their bravado and arrogance, their rivalries and extensive criticism of one another - and the on-track action - to motivate the story by sticking closely to the more soulful and evocative human elements.

That's why, rather than shy away from comparison to Formula 1 (which FE has previous for, including not running on the full-length Monaco circuit in part to avoid lap time analysis), Stevens and Venville have made liberal use of footage from grands prix and cut it into the film.

The drivers discuss the mental drain that came with failing to establish themselves in F1. Clips of the crashes that led to the deaths of Jules Bianchi and Ayrton Senna are present, too. These elements contextualise the emotion that has motivated the main characters of this film to compete in FE.

Only, that raises an issue. In recent times, with the emergence of Antonio Felix da Costa, Mitch Evans and Maximilian Guenther as the stars of FE - alongside Vergne, who will be remembered for his electric success rather than his ill-fated Toro Rosso career - the series is no longer the preserve of ageing or rejected F1 drivers.

Combined with the season at the heart of 'And We Go Green' using the facelifted Gen 1 cars - whereas we are now into the second season of the Gen 2 machine - it heavily dates the release. While there must be an acknowledgment for the time needed for the editing and distribution process, any coronavirus-related delays and what is probably a comparatively small budget for a movie, this film is really a year too late coming out. 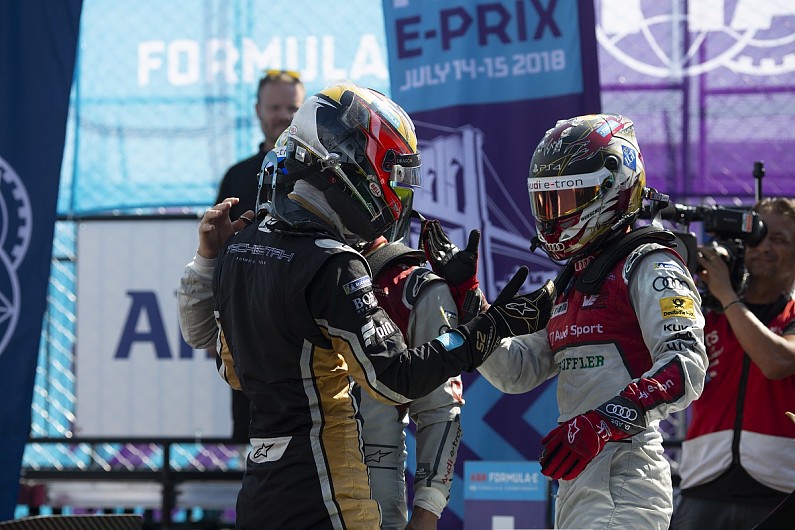 Part of the success of Netflix's 'Drive to Survive' series is that after watching, viewers can then tune in to the following F1 season and assume a certain knowledge of which teams will be competitive and they'll recognise most of the drivers. That show works as a highlights reel to encourage people to follow F1.

For viewers of 'And We Go Green' who aren't motorsport fans, perhaps it'll be jarring for them to find inaugural champion Nelson Piquet Jr - who features heavily, and is owed sympathy for the way he portrays his seemingly cold and distant father - completely absent from the FE grid, as he has been now for some time. Granted, there's a caption at the end of the film to say he and Jaguar have since parted ways, but even that news is more than a year old.

PLUS: The divorce that ended a once perfect motorsport marriage

Aside from a few gripes - switching the order of the Berlin and Paris E-Prix, for example - the rest of the film strikes a pleasing note. Producer Leonardo di Caprio's presence in the paddock is an amusing on-screen addition rather than a Hollywood distraction. The talking head interviews don't patronise viewers by over-explaining each incident and several editing flourishes and lens flares help to glamorise the portrayal.

Over time, it won't matter as much that its release has come so long after the 2017-18 events that it follows, but for now that's a particular grievance

What's refreshing is that it appears as though the directors have been given a sizeable deal of creative freedom. This isn't a warts-and-all documentary, but nor is it a straight up PR exercise for FE.

One of the opening scenes shows the gantry lights failing and delaying the start of the Hong Kong E-Prix, with series co-founder and chairman Alejandro Agag beginning to lose his cool. The drivers are more than willing to take jabs at one another rather than hide behind a veil and tow the party line.

'And We Go Green' is beautifully presented and often emotive - something that bodes well for the possible documentary-style coverage that's expected to be given to the inaugural season of Agag's latest venture Extreme E.

Over time, it won't matter as much that its release has come so long after the 2017-18 events that it follows, but for now that's a particular grievance.

But as ever with these mainstream motorsport projects, if it captures the drama of the sport and convinces more people to tune in and enjoy racing, then its mere existence has to be celebrated. On top of that, though, 'And We Go Green' is indeed a fine film. 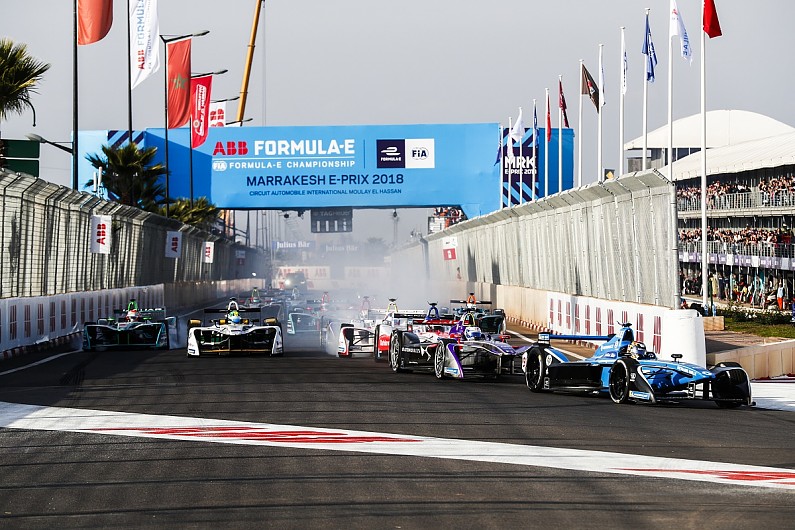