Evans attempted to make a lunge on Bird after the Envision Virgin driver was caught off-line trying to pass Lucas di Grassi, who had just been cleared by Antonio Felix da Costa.

But Bird and Evans then clashed, with Bird drifting into the outside wall.

Pascal Wehrlein then collected Bird shortly after, putting the Briton out of the race and triggering the first safety car of the race.

Evans received a drivethrough penalty as the FIA deemed he was to blame for the incident.

Suggesting that Bird was equally at fault, Evans disagreed with the punishment as he felt he was sufficiently alongside.

"Sam opted to go for trying to get the sort of switchback on Lucas at [Turn] 1 for [Turn] 2, which is never really going to work, there was a hole there so I went for it.

"I felt like I was far enough alongside him and into Turn 4, OK it's that awkward corner and it's not a normal passing opportunity, but I had overlap.

"I don't think he gave me enough room, and then probably both of us would got through there fine.

"It'd have been tight, but he knew that if he gave me too much room he would have been in the dust.

"So he opted to go for the, let's say the more aggressive sort of approach, expecting me to back out of it, but I thought I was I thought I was alongside enough to stay there." 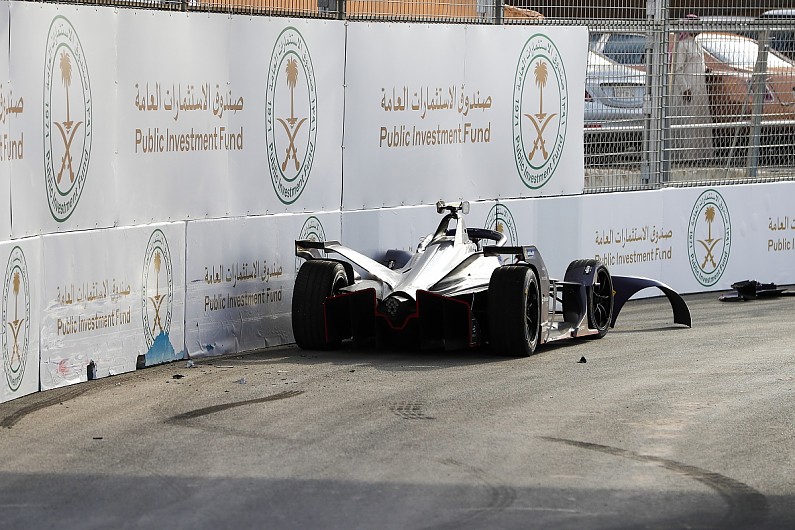 Bird, who won Friday's opening race, suggested that while nobody was ultimately to blame, he felt that Evans could have backed out of the move at Turn 4.

"I haven't watched it back," he said.

"I feel like I was ahead into a corner where you can't overtake, I was right behind Lucas literally on Lucas's gearbox.

"I get that he was down the inside a little bit, but I feel like he had the opportunity to back out of it whereas I didn't.

"Anyway, I don't think you can really put blame on anybody, it's just unfortunate."