Audi team principal Allan McNish says Formula E will have a "Bundesliga feel about it" in 2019-20 as all four major German OEMs face each other in the electric championship.

Existing FE entrants Audi and BMW (with its Andretti team operator) will be joined by Mercedes and Porsche for the upcoming campaign, which gets underway in Riyadh this week.

Although all four brands have shared grids before - and fought for the same honours with factory-backed squads in GT3 sportscar races such as the Nurburgring and Spa endurance races in particular - this season will be the first time they have each had works entries fight for an FIA-sanctioned championship.

While McNish said the presence of existing and successful FE squads would mean the 2019-20 championship would be more than a battle between the four manufacturers and therefore reckons "I don't think we can discount anybody", he feels the new dynamic is another boost for the series.

"There is definitely a Bundesliga feel about it, where there will be an element of internal focus," McNish explained.

"But the reality is that we've got equal competition outside of us [as] we do inside of us. 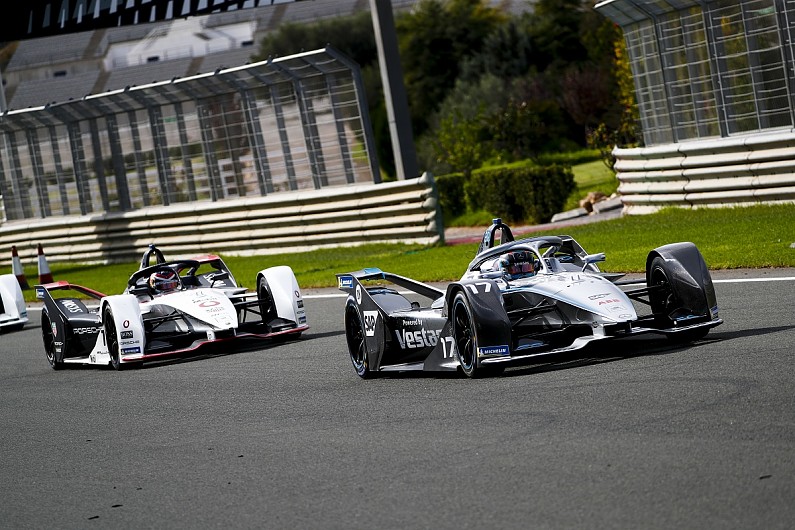 "It is good, I think it's good for the championship, [and] it's also a confirmation that decisions we've all made have been the right ones in terms of the electrification and the future, and I think it will only boost us altogether.

"However, clearly there can only be one winner and from that point of view then there's four of us here but there's also eight others out there that want to make sure they're that one."

Mercedes team principal Ian James outlined his thoughts that the Audi-BMW-Mercedes-Porsche scrap would mean the 2019-20 championship "will be all the better for it".

"I think it's great," he said. "At the end of the day, we do have some fantastic interest from a whole range of OEMs [in FE already].

"The fact that we've got the four German OEMs involved now is brilliant - [and] we've got our neighbours down the road in Stuttgart [Porsche] taking part for the first time this season as well.

"That just adds a different dynamic to the whole thing, but just to reinforce what Allan said, that doesn't mean they are any more or less competitors to us than any of the other teams that are involved.

"At the moment we'll approach them as competitors in the same way as all of the others, but it does add a very intriguing sub-plot to whole thing".