FE added two 'E-Prix exercises' for the Valencia test in a bid to fully test the systems needed for the sporting rule change for 2019/20 that requires each car to lose a set amount of energy after race interruptions.

The change have been made to try and guarantee more race finishes such as Audi driver Lucas di Grassi's last-gasp win in Mexico City last season, as well as reducing the number of flat-out events that lead to high levels of contact between cars.

While there were no points on offer for the two races run at Valencia - which were headed by Mercedes' Stoffel Vandoorne and Sebastien Buemi (Nissan e.dams) respectively - the second featured a noticeable amount of contact.

Mahindra Racing's Pascal Wehrlein finished without a wheel cover, while Evans briefly tagged the back of Dragon driver Nico Muller as the pack converged late-on, and Felipe Massa nosed into the wall at the chicane while battling Oliver Rowland for the lead. 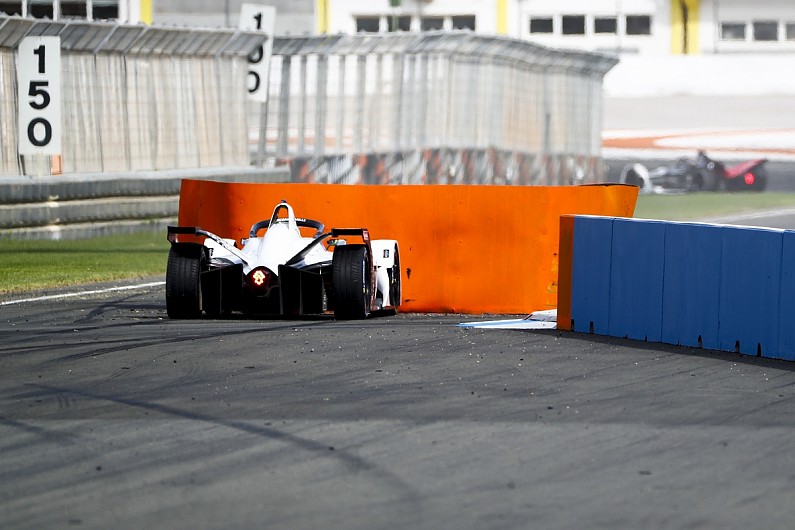 "It got a bit too serious out there," said Evans.

"Obviously we're all a bit too competitive - I feel like we're all racing for points for some reason.

"For the FIA, they needed to make sure their systems are working right, but to be doing these races in testing is just crazy because we get carried away.

"I think everyone had damage after the race.

"From that side it's just silly because they bunch us up and obviously we're sportsmen, we're super competitive, so of course we want to get on top of each other and test out what we've got.

"And that obviously leads to potential contact, which happened a few times.

"But hopefully the FIA have got enough data and everything so we can [avoid future simulation races in testing].

"The next proper racing is going to be the real race.

"Hopefully in the future we don't have many of these simulations. I think it's just a recipe for like unnecessary damage and that sort of thing." 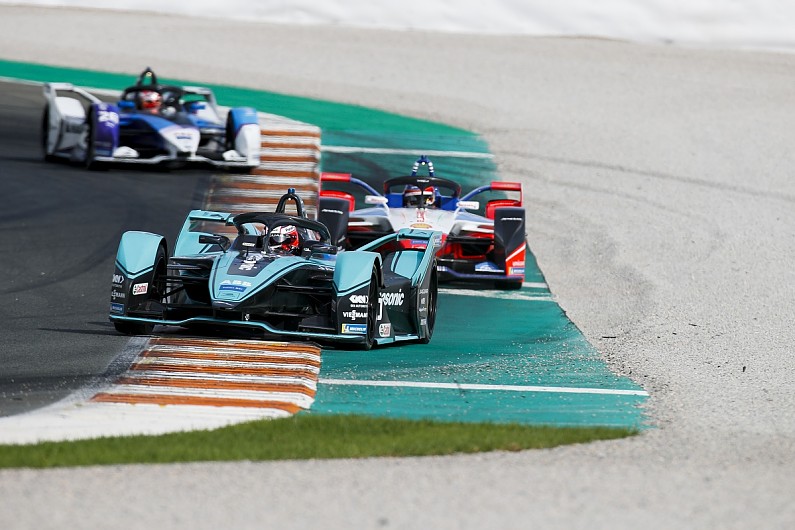 When asked how he felt about Jaguar's 2019/20 package compared to last season's powertrain, Evans said he was "definitely happier".

"We've done some good work," he continued. "I think the step we've made from last year has been good.

"It's a whole new powertrain so we've had to relearn a lot of things - [but] there's many things we can take from last year we can take into the new season.

"I'm happy. The guys have worked so well and really hard over the last 12 months with this new powertrain.

"I finished well on [Friday] afternoon, and been competitive the whole week, but as we know, the track is irrelevant.

"We've got to keep that in mind, but as a whole I think the fundamentals are strong."