The second ABB FIA Formula E event in Santiago is likely to feature the championship's hottest ever race, which will test the technology on the Gen2 car like never before.

With air temperatures predicted to possibly hit 37-38C in the Chilean capital between 4-5pm - the hour of the race - there is a high chance the championship's record race temperature (35C, recorded in Putrajaya in the 2015/16 season) will be broken. Such temperatures are in the region of Santiago's own record.

This is set to test the batteries and tyres - both new on the Gen2 car for the 2018/19 season - in a way that is unlikely to be repeated for the rest of the campaign.

Ahead of the 2018/19 season, the general understanding was that battery temperatures would no longer be a problem with the Gen2 car. Batteries are produced by McLaren Applied Technologies and supplied to the FIA, which hands them to the teams. In the old Gen1 machine, once battery temperatures reached 55C, the regen system would drop linearly until it reached 60C, at which point energy harvesting would drop from 100% to 0% over the course of three-four laps.

This meant drivers had to change their brake balance regularly to avoid front locking, all while managing total battery energy levels. Thermal degradation is understood to massively improved with the new battery, and tolerances are much greater, despite one battery now having to last an entire race. 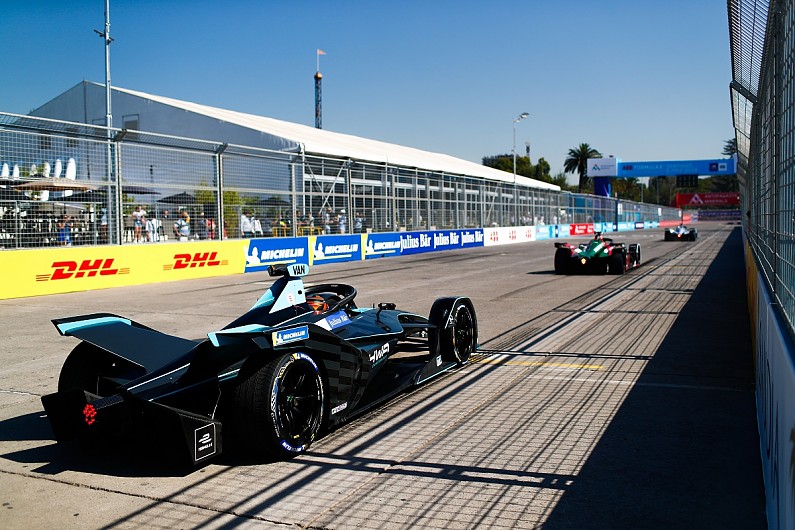 The 'magic' (critical) level is now 72C. The immense, dry heat in Santiago means there is a possibility that this level could be reached by all teams in Saturday's race.

If that happens, Autosport understands that the cars will lose power in a significant way. It is possible to drop 10-20 seconds in lap time, although this will happen "progressively", according to Audi's Lucas di Grassi, over the course of a few laps.

Temperatures will be critical from the start of the race. Two factors cause the battery to heat up most - using power, and putting energy back in via the regen. Bodywork cooling is restricted by FE's rules (although the teams are already allowed to move the bodywork to a certain extent), but air cooling and lifting and coasting will be crucial to temperature control.

The 'damage' in terms of rising temperatures is understood to occur on an exponential curve, gradually rising before getting dramatically worse as the heat level climbs. This 'damage' cannot be undone.

FE observers reckon if the 72C threshold is reached and battery-power shutdown occurs, this will happen in the final laps of the 45-minute plus one lap race.

"You could see people leading the whole race and then, if the race is fully green, having problems with the temperature at the end," says di Grassi.

This is a concern up and down the grid - as the battery is a common part, any temperature issues will impact all the teams. But each will have simulated this scenario ahead of the race.

"We've done our homework," says Virgin Racing's Sam Bird. "We've got things in place to combat that if it comes our way. For the first time we'll see this new battery put under quite a lot of strain. Will people reach the magic number where people start to slow down? I don't know, but it could be close."

FE and the FIA are confident the temperatures will remain within the battery's tolerance during the race, with no extra advice given to the teams on the subject. 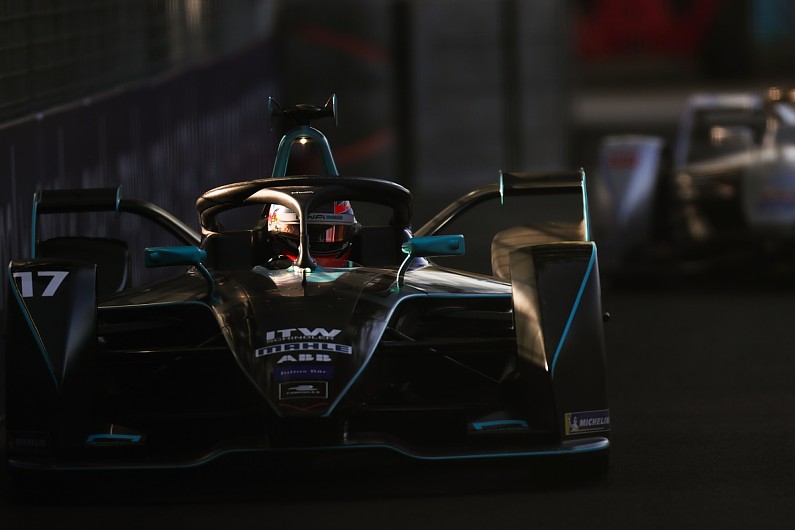 The other factor that could come into play with the intense heat is tyre wear. The lighter Michelin rubber used on the Gen2 machine was predicted to be a factor in the races ahead of the campaign, although it was not much of a talking point in Riyadh or Marrakech. "The tyre factor will be the most unknown one," says DS Techeetah driver Andre Lotterer.

This is because in Santiago, the new track in Park O'Higgins is a mixed surface - around 70% new asphalt from the opening fast right-handers at Turns 1-2 all the way to the 90-degree left at Turn 12. From there, the drivers complete the lap via the two hairpins and the main straight, which are on concrete.

The anti-clockwise nature of the track and the long curve in particular - punctuated by an extremely tight chicane at Turns 8/9/10 - will strain the rubber on the right-hand wheels. Cars are expected to slide, affecting tyre life and driver performance significantly. Keeping the best balance will be crucial, and all of this impacts on energy saving at the same time.

As a result of these factors, two race scenarios are thought to be likely. With temperature and energy control crucial throughout the grid, a processional race plays out as the drivers battle the factors impacted most by the temperature. Or, as is more likely in FE, some drivers opt to use their energy and attack hard early on, gambling on a late-race safety car negating the battery temperature curve and the effect of the attack mode. 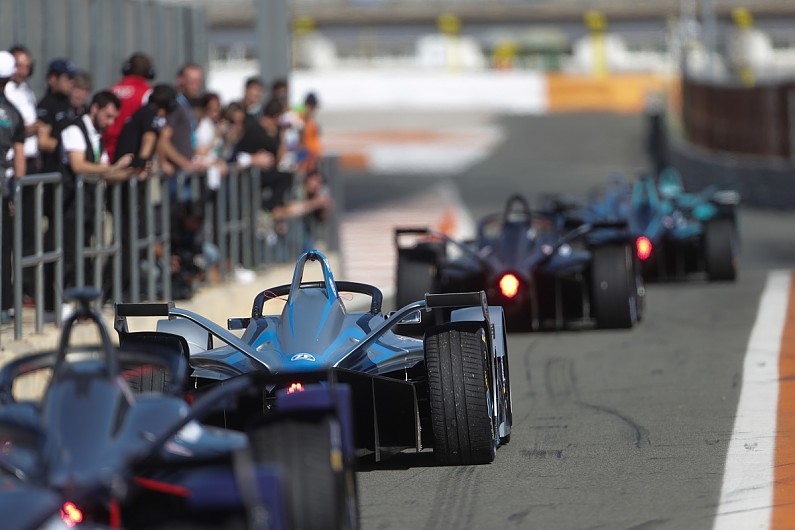 The effect of critical battery temperatures has been seen before.

During pre-season testing at Valencia, a mock race took place to test attack mode. The field went out in single file from the pits, but had to return after just two laps when cars stopped on track.

Even in the October sunshine - air temperatures reached just 23.4C - the cars that remained in the pitlane during the 45-minute red flag stoppage gradually heated up.

When the 'racing' did get underway, Alexander Sims, di Grassi, Lotterer and his team-mate Jean Eric Vergne headed the pack. Sims led di Grassi on the final lap, but found himself battling battery temperatures. On the run to the line the BMW slowed and the Audi driver won by a front wing.