Lucas di Grassi will take a six-point advantage into Sunday's Formula E finale in Montreal after Sebastien Buemi lost the championship lead despite a charging drive in Saturday's race. 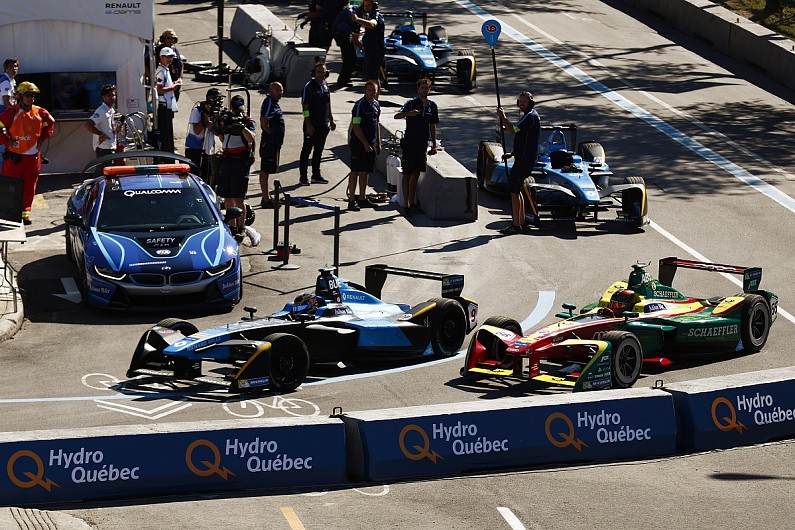