Long-time Mercedes motorsport partner HWA is one of the teams that will contest the new Formula 1-supporting FIA Formula 3 Championship, Autosport has learned.

The team is one of 10 that has been selected for the new era of one-make F3, details of which could be announced at Friday's meeting of the FIA World Motor Sport Council.

HWA has most famously run Mercedes' DTM team for decades, but the manufacturer quits the series after this weekend's finale at Hockenheim.

It is also the builder of the Mercedes engines that have won multiple European F3 titles, is entering Formula E for the 2018/19 season and is involved in R-Motorsport's Aston Martin DTM project.

Autosport understands that the new HWA junior single-seater set-up could also compete in Formula 2 next year.

Mercedes F1 boss Toto Wolff has been a shareholder in HWA, and sources suggest that its new project absorbs a percentage of the old DTM budget to bring on the manufacturer's young proteges.

Five of the six teams from the outgoing GP3 Series, which has been run since its birth by new F3 promoter Bruno Michel, have been selected for the new series: ART Grand Prix, Trident, MP Motorsport, Campos Racing and Jenzer Motorsport.

Three of the five teams from the Formula 3 European Championship will join them: Prema Powerteam, Hitech GP and Carlin.

The other team will be F2 squad Charouz Racing System, which expands into the third tier for the first time. 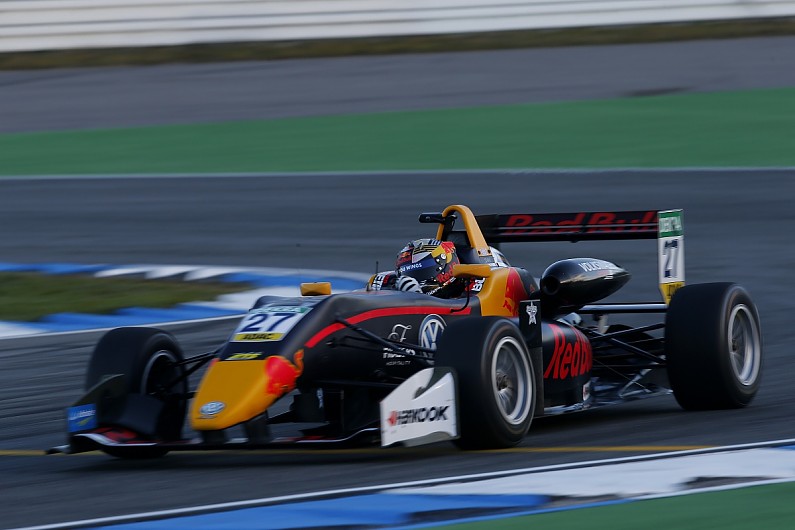 This means that there is no room for F3 powerhouse Motopark, which ran Dan Ticktum to 2017 Macau Grand Prix victory and to a current second position in the Euro F3 rankings, Van Amersfoort Racing, and GP3 loyalist Arden, which carried Mitch Evans and Daniil Kvyat to titles in the series.

Motopark's rejection comes despite the squad having run Russian Time to the 2013 teams' title in Michel's GP2 Series, before the programme switched under the care of British team Virtuosi.