Reigning Formula 2 teams' champion Russian Time will return to the Formula 1 support category for 2018 as a grid of 20 cars was confirmed.

The Russian squad was left off the initial list of 2018 competitors that was released last November, but that announcement suggested the full team line-up was not settled.

Russian Time, which ran Artem Markelov to second place in the 2017 F2 driver standings, will race in the second tier category for a sixth season.

It has also been confirmed that Racing Engineering and Fortec Motorsports will now not enter the 2018 F2 season, with the entry list featuring 10 teams.

"I would like to thank Alfonso de Orleans-Borbon and the whole Racing Engineering team for their dedication and hard work over the years.

"I'm looking forward to renewing our fruitful collaboration in the near future.

"I'm also sorry to see Fortec Motorsports step back this season, but this was a joint decision.

"We will reconsider their entry when the conditions are more favourable.

"I feel it best for our championship to limit the number of teams in 2018 to 10.

"I know they will provide yet again an incredible show." 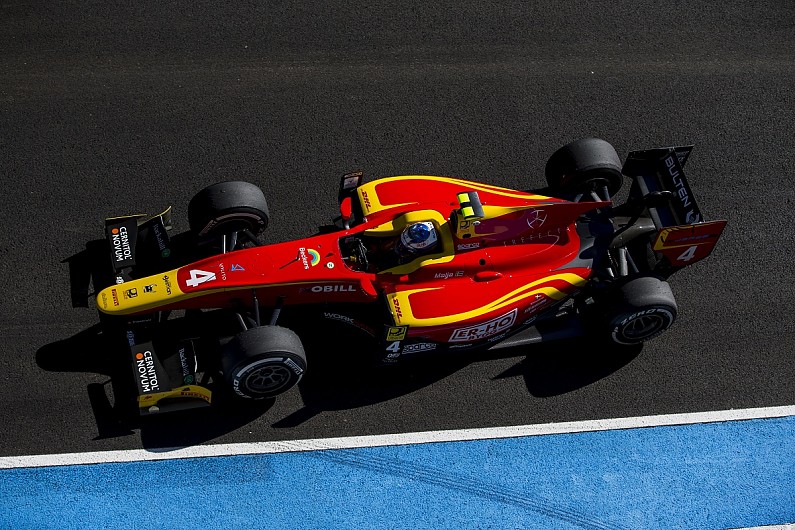 Racing Engineering spent 13 years racing in GP2/F2, winning the drivers' title with Giorgio Pantano in 2008 and Fabio Leimer in 2013.

It was included on the entry list for the 2018 European Le Mans Series as using an ORECA 07-Gibson with Norman Nato listed as its first driver.

Nato drove for Racing Engineering in the 2016 GP2 championship, where he finished fifth and scored two wins.

"It is with great sadness that Racing Engineering is saying goodbye to the FIA Formula 2 championship," said team boss de Orleans-Borbon.

"We have competed in this championship and the GP2 series for thirteen years and, in that time, we have had some wonderful memories of numerous race wins and championship success.

"Every year has been hard-fought in this most competitive of championships and we have always strived to improve every year."

The 2018 F2 race numbers have also been announced, with Russian Time's machines bearing numbers one and two.

Although the team is yet to announce which drivers to will sign for the upcoming season, it ran Markelov, GP3 race winner Arjun Maini and 2017 European Formula 3 driver Tadasuke Makino in the post-season Abu Dhabi test.

Carlin and Charouz Racing System, which will field Lando Norris and Sergio Sette Camara, and Antonio Fuoco and Louis Deletraz, will use numbers 18-19 and 20-21 respectively.